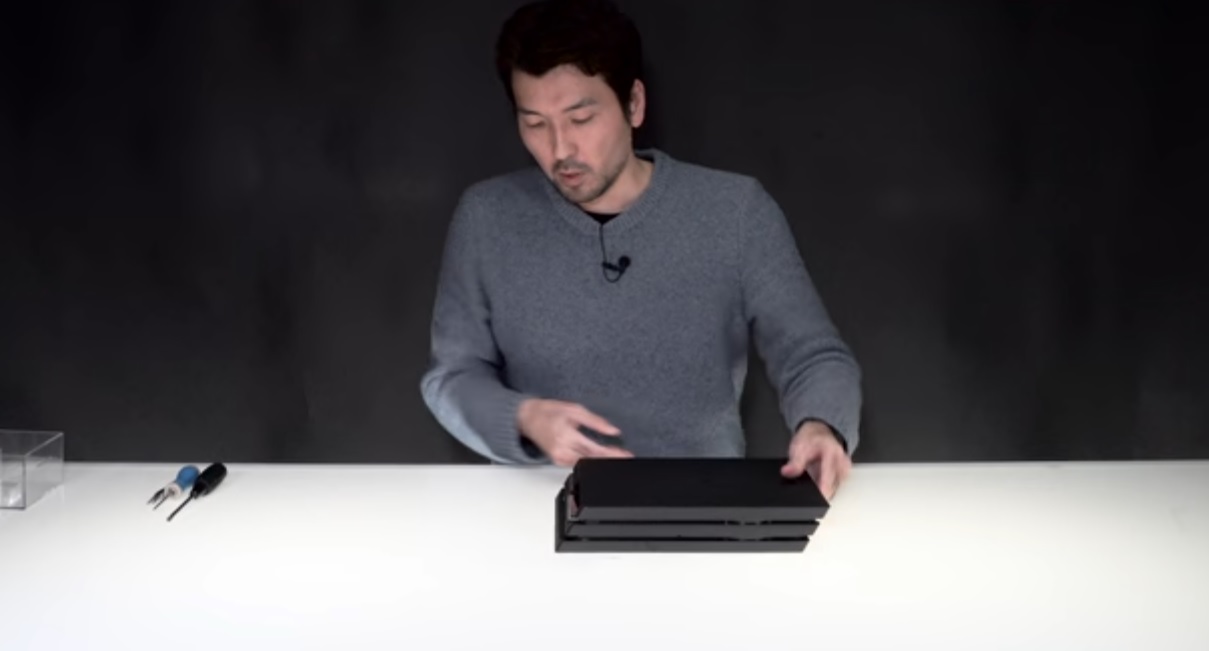 Sony shows us what’s inside

Several staff members here at Destructoid have picked up a PS4 Pro, and are working on impressions for you, but in the meantime, you can watch Keiichi Aoki, Director of Mechanical Design at Sony rip the thing open.

The following video is useful for a number of different reasons, most notably that it shows you how to disassemble the individual pieces of hardware in case you ever decide to make tweaks. It’s a similar process to the original PS4, but the clip does a good job of breaking down the alterations with the Pro.

It’s always nerve-wracking to go under the hood, especially given the warranty implications and the fact that it’s possible that you might not actually be able to put it together again. By the end of the video the thing is in pieces to the point where you may as well build your own PS4 from scratch. He also, uh, doesn’t re-assemble it at the end, so proceed with caution!