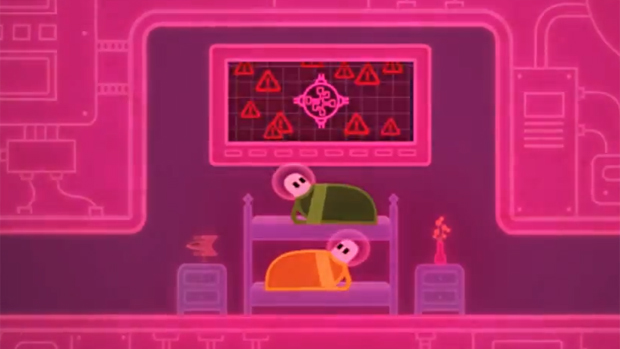 New game from Asteroid Base looks like a cheerful challenge

I don’t know if it’s the weather or what, but today has just felt like a bummer. I just feel gloomy. But then I happened upon this announcement trailer for Lovers in a Dangerous Spacetime. The second title from Asteroid Base, it’s a game for two in which players work together to defend their spaceship from enemy attackers by manning the controls for cannons, thrusters, shields and a laser, moving from one station to another through platform jumping.

It’s bright and energetic — due in no small part to the music — but I expect it’s also pretty hard. Only being able to control two elements at once, even when coordinating well, seems like it could get overwhelming fast. And that, my friends, sounds like fun to me.

Asteroid Base is planning to release Lovers in a Dangerous Spacetime on PC and Mac next year.