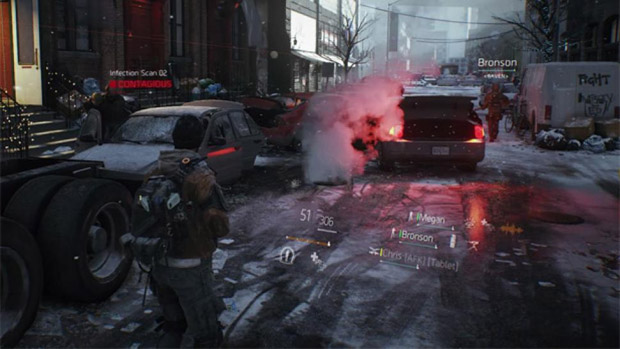 ‘Creating and enriching the IP’

As it turns out, Tom Clancy’s The Division won’t be entirely the brain-child of Massive Entertainment. For a few months now, UK-based developer Ubisoft Reflections has been contributing to the open-world shooter, as reported by Develop.

Ubisoft Reflections is perhaps most well-known for the 2011’s surprisingly good Driver: San Francisco. The studio has also helped on several other Ubisoft titles such as Far Cry 3, Just Dance, and Watch Dogs. Reflections has assigned approximately 200 employees to The Division‘s cause.

Pauline Jacquey, the developer’s managing director, explained that “The root of the IP, the initial creative initiative, is absolutely and fully Massive’s. The whole scope of the game is not fully locked, and we’re participating in creating and enriching the IP.” She went on to elaborate on Reflections’ role by stating “We’re working on all of the game’s systems: main characters, enemies, RPG pillars, building Manhattan, online components, and so on.”

One thing that Jacquey stressed was that this co-development process did not arise as a result of troubles on Massive’s end, like it may indicate with other publishers. Rather, Ubisoft has a tendency to eventually delegate work to several of its studios for many of its big-budget titles.