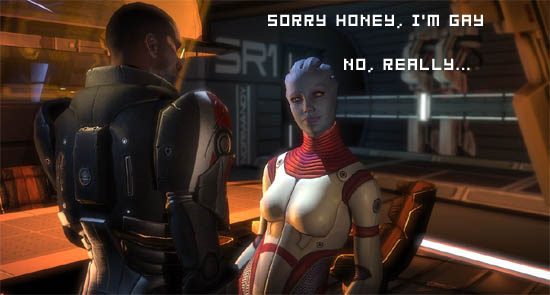 Earlier we told you about Bioware’s inclusion of futuristic lesbian alien sex in the upcoming Xbox 360 game Mass Effect, and while most of our readership though that this was “really hot,” Singapore’s media board isn’t digging it as much.

Singapore’s Board of Film Censors, which is part of their Media Development Authority, says that the “the game has been disallowed” due to a scene which contains “lesbian intimacy.” The board’s statement said that games cannot “feature exploitative or gratuitous sex and violence, or denigrate any race or religion.” Bummer.

According to AFP, Microsoft respects the decision. “We strictly adhere to the laws, regulations and norms of the markets we operate in,” the company told AFP.

God of War II and The Darkness also recently got the axe in Singapore.