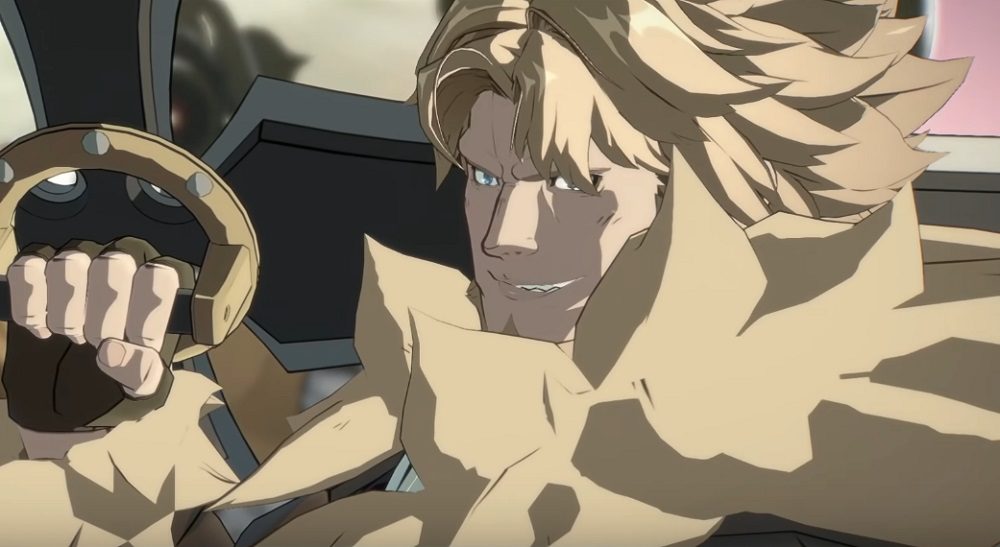 The real challenge is remembering the names of his moveset

Leo Whitefang is perhaps one of the better starter characters for GG newcomers, sporting a relatively simple moveset which features attacks familiar to players brought up on more mainstream titles such as Street Fighter. With a brief charge, Leo can launch wide projectiles and a powerful anti-air attack, both of which immediately recall the iconic Sonic Boom and Flash Kick of Street Fighter‘s resident soldier, Guile.

Techniques such as these can help new players find their footing, before exploring Leo’s more complex maneuvers, such as his “Erstes Kaltes Gestober”, which allows Leo to cross-through his opponent, and his “Brynhilder Stance”, a risky setup that expands Leo’s attack options at the cost of some defense capabilities. Afforded strong pokes, thanks to his crucifix-shaped sword gauntlets, and with a relatively grounded attack plan, Leo can help players used to other fighters feel out Guilty Gear before they deep dive into some of the title’s more complex mechanics.

The Guilty Gear Strive beta beings February 18 for all PS4 and PS5 players – regardless of PlayStation Plus status. Pre-order customers can jump in on the action a day earlier on February 17. Guilty Gear Strive launches April 9 on PS4, PS5, and PC via Steam. As a refresher course, check out the previous Starter Guides for May & Axl Low, Sol Badguy and Ky Kiske, Chip Zanuff & Potemkin, Faust, Millia Rage, Zato-1, and Ramlethal.