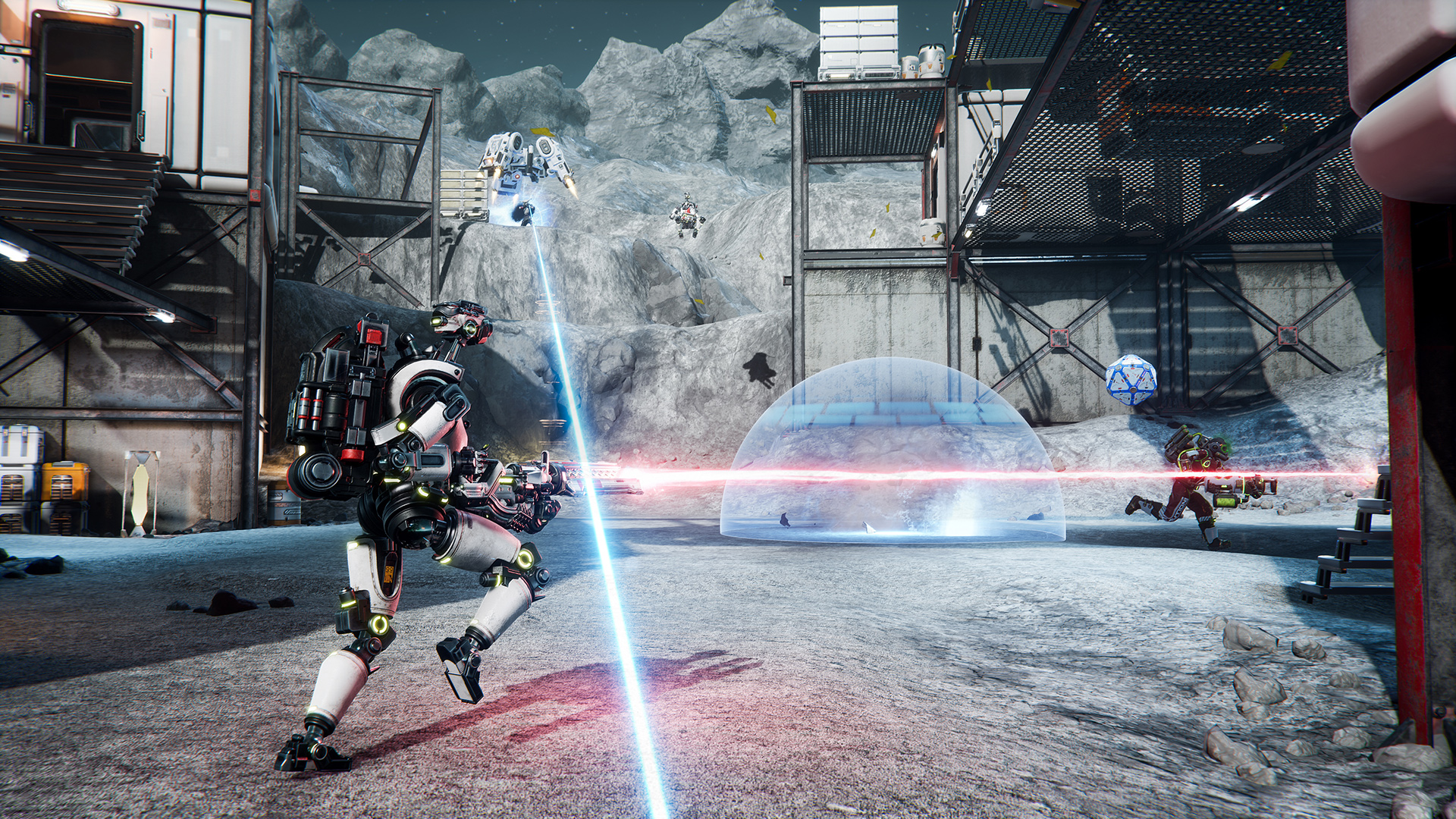 Planet Coaster creator Frontier Developments is getting into external publishing with a new label, Frontier Foundry, and one of its first pick-ups – Lemnis Gate – should speak to Edge of Tomorrow fans.

It’s pitched as a “turn-based strategy shooter with four-dimensional gameplay.”

You’ll want to see the trailer footage before reading any further, because even after talking with developer Ratloop Games Canada, my mind is still reeling from the possibilities. Essentially though, you can expect 1v1 and 2v2 arena-based shootouts that are played in 25-second turns across five rounds.

Players take turns one by one adding characters to the same time loop, and when you’re waiting, you’ll spectate the action and try to figure out how to counter what your opponent just did. By the end of the final round, there will be five versions of each player all doing their thing in the same 25 seconds.

“Most first-person shooters, you look at the screen and react to what’s happening,” said game director James Anderson. Here, “you have to think about what’s happening on the screen, what might happen in the future, and what has happened in the past. There’s a very multi-dimensional combat.”

There are multiple modes (including CTF), gadgets, and distinct character abilities. One might fire toxic sludge to deny access to a room, while another could fire a “protection orb” to absorb bullets.

“We didn’t really want to innovate on what you do in a first-person shooter,” said Anderson. “The controls are standard, most of the weapons are fairly standard, the game modes are standard, but with this time loop twist, everything feels fresh. The way you use those elements is all brand new.”

“When you first start playing, you’re gonna play it like a normal shooter, [but further in] you start thinking in four dimensions. You start doing things you would never normally do in a shooter.”

I asked why Ratloop chose to have damage pop-ups in Lemnis Gate and the answer hadn’t even dawned on me: you don’t necessarily have to kill a character in one round. “You can [strategically] distribute your damage over multiple waves,” according to Anderson. “You think in layers.”

I also wondered about ties in CTF. Whoever gets the most flags after both sides play their five rounds wins, but there’s backup scoring to prevent draws (for instance: most kills, most damage, etc.).

That said, there’s a lot of potential for clutch plays and last-ditch hijinks. “So even on the last turn, if I’ve got multiple flags, and you have one more turn left, it’s possible you can do something really clever to disrupt all those characters that were gonna get the flags and then they no longer do.”

Lemnis Gate is the kind of game I won’t fully process until I’ve played it. Even then, who knows.