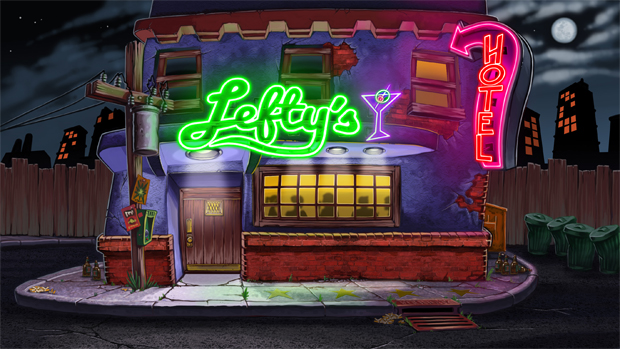 Free-to-play casino game will be next for franchise

The remake of Leisure Suit Larry: In the Land of the Lounge Lizards, which was funded through Kickstarter by Replay Games last year, now has a release window set for the second half of May. The game features new graphics and reworked puzzles to challenge fans already familiar with how to complete the original game.

Speaking with Joystiq, Replay Games CEO Paul Trowe also revealed a bit of what’s next for Larry: a free-to-play casino game. This would be the third such attempt at an online Larry casino, the first being the aborted LarryLand project Sierra was developing back in 1989 (an early attempt at online multiplayer gaming), followed by a minigame collection with online components, Leisure Suit Larry’s Casino, in 1998. Following this, the team at Replay will either move on to remake Leisure Suit Larry Goes Looking for Love (in Several Wrong Places) or develop an entirely new, eighth installment in the adventure game series.

That’s a tough choice. Larry 2 is a great game and, unlike Lounge Lizards, never even got the VGA treatment and is still only playable with its original text parser. It’s so antiquated that it’s hard to imagine anyone wanting to play it in its current condition, apart from those who have already had the experience (likely several times). And the first three Larry titles constitute a really sound trilogy which probably should have been the whole of the franchise in the first place, so I can completely understand the impetus to just keep doing remakes (at least, until Passionate Patti Does a Little Undercover Work).

Leisure Suit Larry out second half of May, free-to-play Larry casino game in works [Joystiq]