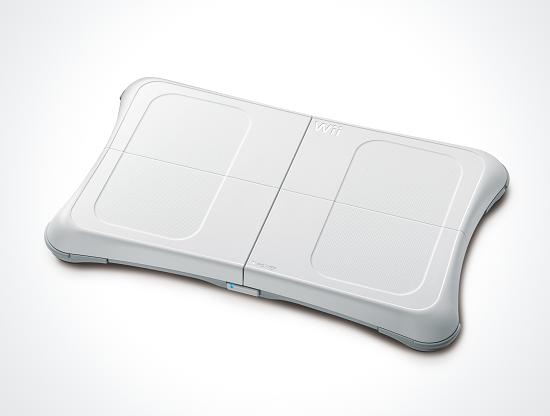 I stepped up to the Wii Fit Balance Board feeling rather ambivalent about the whole thing. On the one hand, while I’m a big fan of what Nintendo is doing in taking games beyond being playthings and into the new realm of mainstream experience, I personally just don’t feel the need for a fitness training programme in my living room. On the other hand, since the new gadget was announced I’ve been dreaming up all kinds of other uses for it. A Time Crisis-style game using the Wii remote as a gun and the board to move in and out of cover? Yes please!

So rather than judge the experience just in terms of the game, I wanted to use the time to check out exactly how accurate and versatile the board is, so that I’d know if I could carry on dreaming or whether I should just forget the whole thing and carry on waiting for Metroid Prime 3 instead. My findings? Pretty pleasing from that perspective.

During my play test, I tried out three of what I was told will be around forty mini games in the finished product. First up was the ski jump, wherin I had to save a goggled and helmeted Mii from impending, snowball-encased death by building up the speed of his descent before sending him flying high. The control system here was a matter of crouching down with my weight at the front of the board to build forward momentum, followed by quickly pulling up onto my tip-toes and leaning forward to throw the poor little bugger up for maximum air. Needless to say my first attempt ended in my narrowly avoiding flying face first into the TV. I wonder why they make us wear a wrirst strap, but don’t include a padded suit and crash helmet with the board?

Regardless, I found the device’s responses to my movements to be fast and accurate, enabling me to adjust my weight dustribution – visually indicated by a small real-time graph in the top right corner of the screen – with just a few well-judged flexes of my toes. Timing the jump was pretty tricky at first, but after a couple of tries I was picking it up. Stumbling around like a drunken giraffe was still an issue, but that was probably my own fault rather than a problem with the technology, so no complains so far. Except for the fact that my toes were killing me of course… 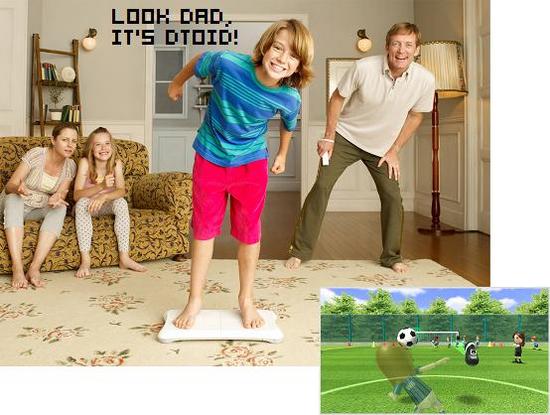 Next up was the Monkeyball/Kororinpa: Marble Madness descendant which Fronz described in his report from E3. I was sure this one was going to fail spectacularly to be honest. A sensitive 3D task usually requiring the precise input of a mouse or analogue stick being pulled off by me and my size nines? Optimistic Nintendo, very optimistic. I was however, very wrong. After a few seconds spent getting used to the strengths of input needed to angle the play area, I was throwing in steep inclines rounded off with small and accurate nudgings of the ball with just a few rolls from heel to toe. I made it through all the levels with only two restarts and secured myself a spot on the high score table. I’ll admit that after completing the game so quickly I felt no desire for another run through to improve my score, but I’m talking about the control here and not the playability, so full marks here as well.

I rounded off with the football-heading game Reggie played at E3. This time things didn’t go as well. There were no game-breakingly glaring problems, but I did find the board slow to respond a few times. To be fair, there’s a good chance I did a bit of flailing when the game became more intense towards the end, but I did notice a mild delay sometimes, as can occasionally be the case with the board’s motion-sensing handheld brother. It was nothing devastating by any means, and let’s face it, if a being the like of Reggie can whup this game then it’s not going to give too many people problems. I did notice another similarity with the Wii remote though, in that it was possible to sort of cheat by substituting the recommended movements for simpler ones. The guy giving me the demo even pointed out that I could play by moving my feet rather than my whole body, but as is the case in other Wii party games with the same problems, it can always be sorted out by, well, just not cheating. 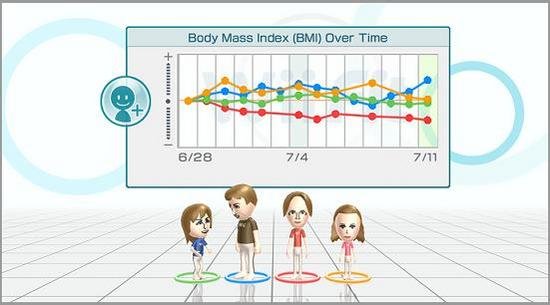 All in all I was pretty impressed with the Balance Board as a piece of hardware. Ignoring the “stigma” of it being a fitness tool and looking upon it simply as a peripheral, it’s easy to see a lot of potential in the thing. I won’t however, be rushing out to buy one with Wii Fit on launch day, but once the games more suited to my tastes start appearing – provided they do – I can see myself being happy to make it part of my living room set up.