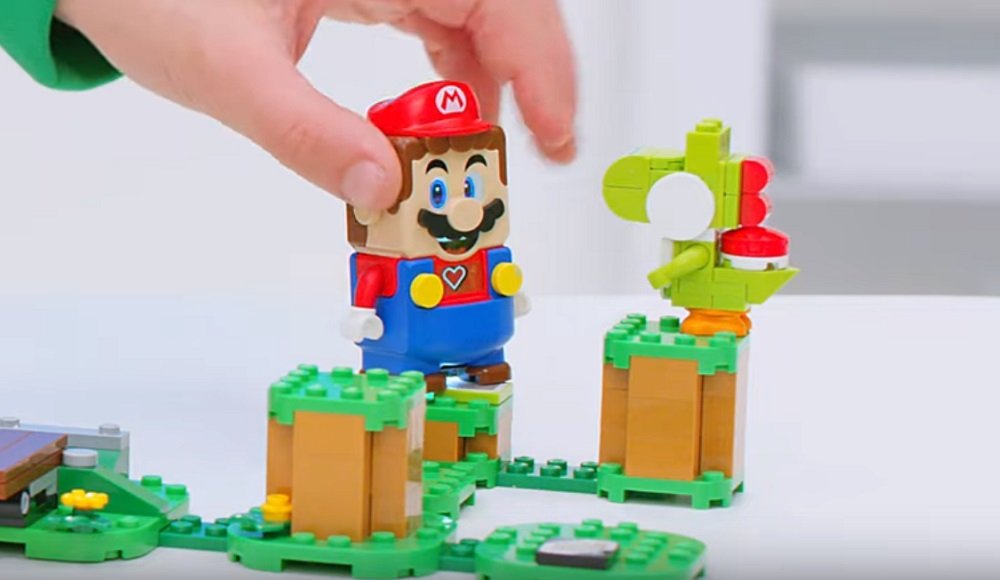 Yeah, I might just go and be a kid again

The LEGO Group is partnering with Nintendo to produce a new range of playsets based on the latter’s iconic mascot, Mario. As teased back on “MAR10 day,” the new sets will combine electronic interactivity with classic LEGO creativity to realise a neat blending of both toy and video game.

LEGO Super Mario will let kids build physical “levels” out of the playsets, and then guide an electronic Lego recreation of Mario himself through their homespun worlds, collecting coins, bashing question blocks, and beating baddies. Conceptually it’s a little tricky to describe, but fortunately The LEGO Group has released the following video, which offers an example of this unique idea in action.

“We are very excited to bring Mario into the physical world through interactive and social Lego play,” said Julia Goldin, LEGO Group’s Chief Marketing Officer of the LEGO Group. “With this experience we will help millions of kids with love for Mario to engage and play in a completely new way, where they are in control of creating and playing games with their favourite character. By seamlessly incorporating the latest digital technology, LEGO Super Mario is a highly social, interactive and collaborative experience for kids.”

As I noted in the previous article, the LEGO and Super Mario brands are a great fit together, both bursting with colour, fun, nostalgia, positivity and creativity. This is a neat idea and, though it’s clearly designed with children in mind, a well-designed level would still look good sat on the shelf of collectors of all ages.