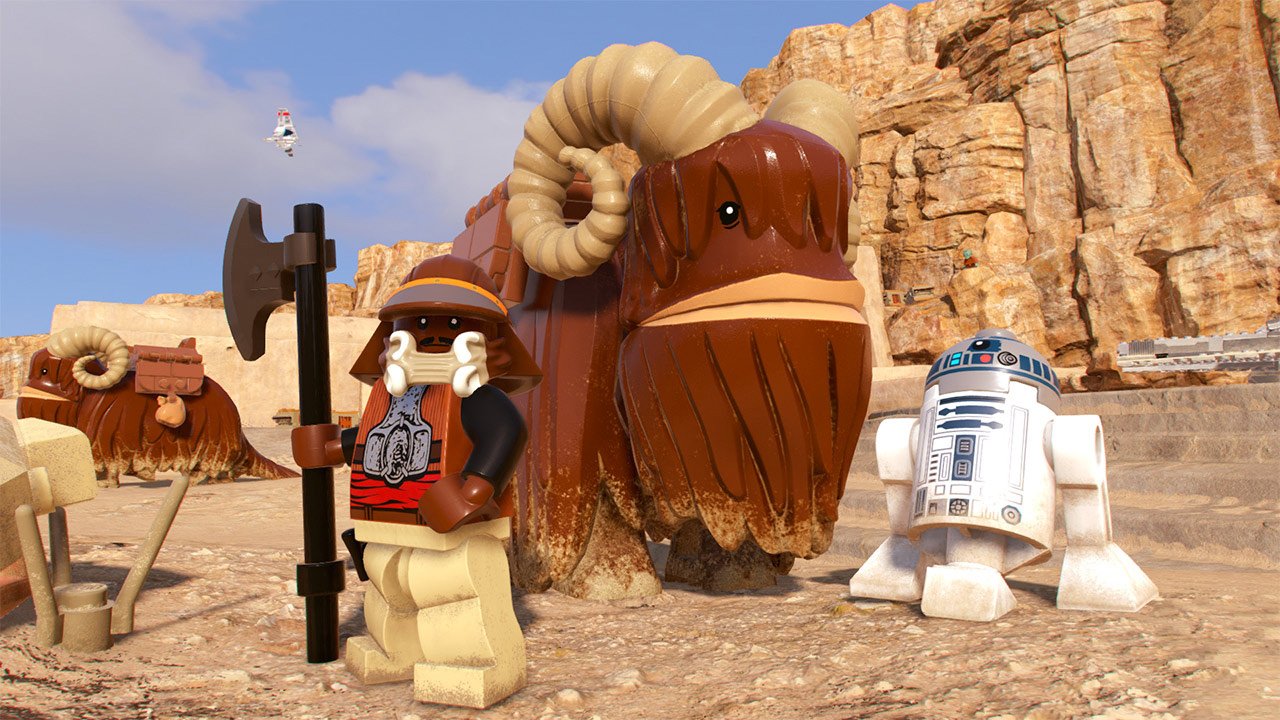 ‘From Admiral Ackbar to Zorii Bliss’

Not to shove you down a wiki rabbit-hole, but Yaddle – “a member of the same mysterious species as the revered Jedi Master Yoda” – will be featured in this year’s LEGO Star Wars: The Skywalker Saga.

In an interview with developer TT Games posted today, the studio shared the game’s key art, a few screenshots, and a tease about Skywalker Saga‘s rightfully absurd roster. You can’t cover all nine mainline episodes without reaching into the deep well and pulling out strange, silly, obscure characters.

“There are nearly 500 characters in this game, with many of them playable,” confirmed Lucasfilm Games managing producer Craig Derrick. “When choosing characters for a game this large, we just looked at every film in the saga and tried to say ‘yes’ as much as possible. That said, it often comes down to storytelling and the specific role of the character in the quests and game progression.”

“Of course, we have almost all of your favorite heroes and villains from the films, many background players, a few surprises, and…Yaddle,” he said. The game will run the minifig gamut from “Admiral Ackbar to Zorii Bliss,” according to head of production and strategic director Jonathan Smith.

I love how this is the picture on file.

The duo also reminded me about one of the best aspects of LEGO Star Wars: The Skywalker Saga, which is that we can begin “at any point in the timeline” rather than stick to the chronological order.

“We all have our favorites that we want to jump straight into, while others may want to start with the new trilogy first,” Derrick continued, “and yet we find most want to start at the beginning of the saga to see and play from where the story all began.” I’m sure that’s how I’ll go about it. Forgive me, Adam.

I’ve felt burned out on LEGO games for a long time, but this is too expansive to pass up. If you’re coming from a similar mindset, look for Skywalker Saga on PC, PS4, Xbox One, and Switch later this year.

“We Were Always Going to Go Big!”: Inside LEGO Star Wars: The Skywalker Saga [Star Wars]