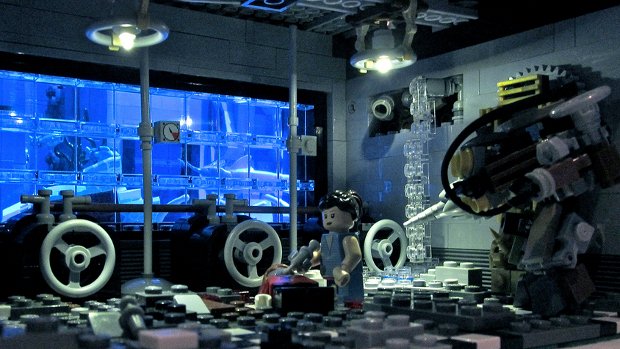 Also contains one of the cutest Big Daddies ever

LEGO seems to inspire the sort of creativity that makes me green with envy. Tiny brick enthusiast Imagine Rigney has recreated a gorgeous, incredibly detailed LEGO version of BioShock’s Rapture over the course of a year and a half, and his efforts have not gone unnoticed on Reddit. It’s complete with the infamous city’s psychotic denizens, an adorable Big Daddy, and lots of Andrew Ryan propaganda. It’s even got the crashed plane sinking into the ocean.

On New Year I discovered my friend’s box of LEGO, and we spent a lot of the evening building spaceships (and intergalactic pirate ships). We shouldn’t have bothered, because none of them could compare to this monumental feat. Check out Imagine Rigney’s flickr album for pictures of the whole thing. You won’t be disappointed.