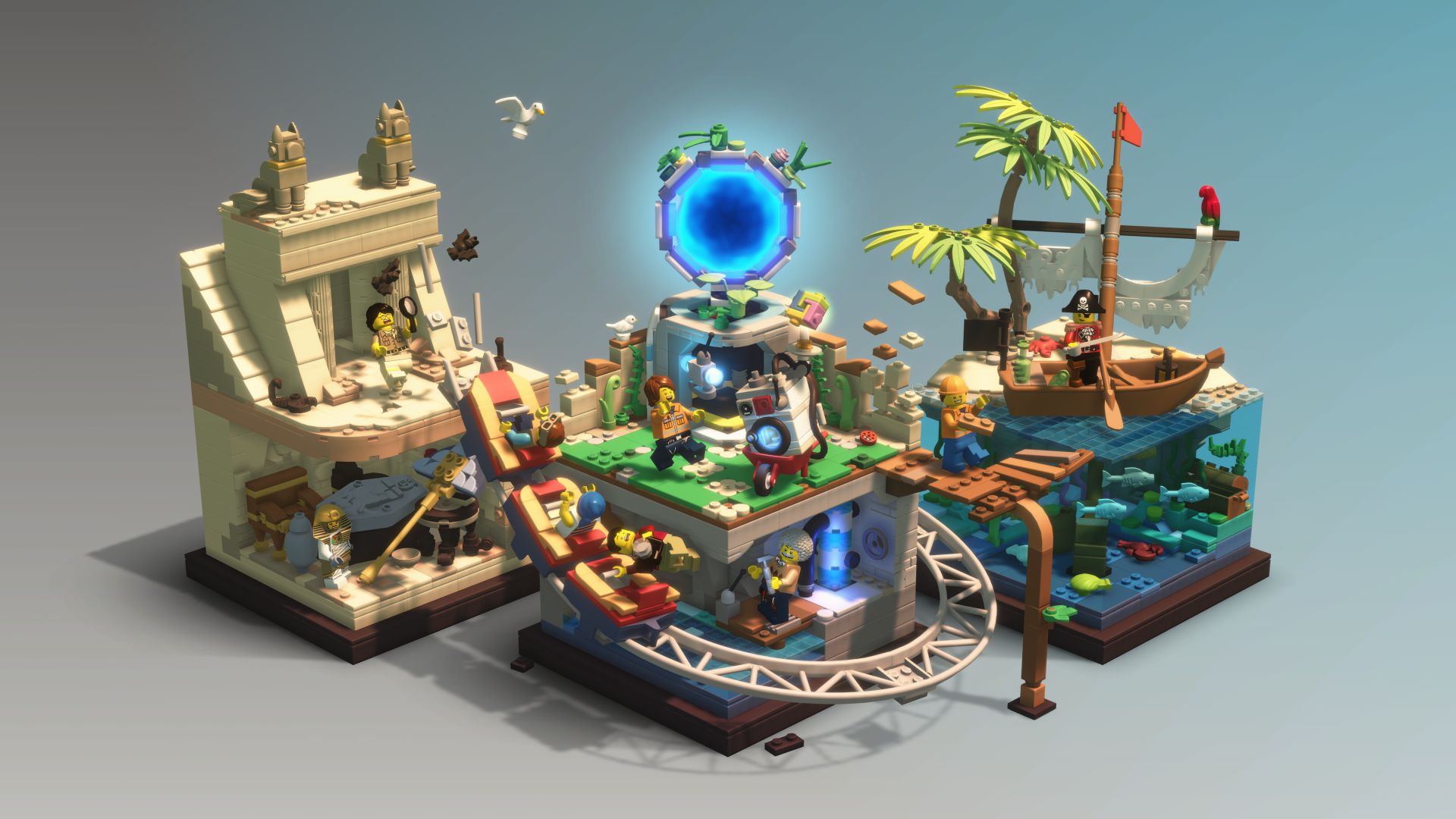 Turns out beautiful builds are not always structurally sound

One special thing about Lego bricks is the build itself. You get a bunch of neatly packed pieces, a set of instructions, and get to put it all together. What took me back about Lego Bricktales in my demo at PAX East is how it captured that feeling. Seeing dozens of bricks spread out, and then having to put them together into something cohesive and, possibly, wonderful.

That’s one half of Lego Bricktales. For the other half, imagine the same scenario of a fresh Lego kit in front of you, but without the instructions. Maybe you just have a finished product for reference. Or maybe you just have two sides of a chasm, and have to figure out how to build a Lego bridge from one side to the other.

It shouldn’t surprise me, given the history of developer ClockStone. This team has put together many a Bridge Constructor game, and yes, you do make bridges. You also make paths, supports, stairs, statues, and even a helicopter.

The tutorial area starts off just teaching the controls, which do require a bit of finesse. It’s easy enough to plop bricks down, but wiggling a brick into the right place took a little learning. Thankfully, nothing’s timed and the goal is not always 1:1 recreation.

As we moved into the first area, where my character was tasked with searching for lost Lego people in a jungle area, most of my problems were practical. The aforementioned bridge was a great introduction to the core challenge of Lego Bricktales: building something stable.

I grew up with a massive bin of Legos. This giant clear tub was loaded up, holiday after holiday, as my brother and I got more and more sets. The plastic cadence of friction as I dug for one brick in a hundred is a sound I can still hear today.

When I would build bridges then, I’d just make something that looked neat. They didn’t have any clearances or requirements. But in Lego Bricktales, that bridge has to support a Lego person. So when I snapped together a couple long pieces and called it a day, lo and behold, the simulation robot plunged to their doom.

So I had to scrap and rebuild. Here’s where I needed to pay attention: red bricks signify stable foundation, something I can use as a base. And the more I extended from that, the more it might lean, buckle, and break under pressure. I couldn’t just slap together some long slats of plastic and call it a day. I needed structure, I needed supports. So I built myself a Lego suspension bridge, and let me tell you, it held.

It might sound weird to say that my favorite part of the Lego game was building. But not every Lego game is about building. In fairness, those games aren’t trying to be builders; their focus is on the action and the comedy, told through Legos.

What has kept me thinking about Lego Bricktales since my demo has been the creativity it let me have. At one point, I needed to build a support for an unstable platform. The pieces I was given weren’t simple beams and pillars, though. Several of them curved and jutted out, moving in different directions.

I ended up creating a beam that wasn’t just effective, but honestly, looked really darn good. Like a proper Lego build out of the box. And just to make sure, I scrapped it down and pared it back to a minimal, no-nonsense version. Both worked.

In my last build of the demo, had to build a route around a cliffside face using just straightforward blocks. It was deceptively difficult, and had me puzzled for quite a while as I figured out where I could wind around and build up. In another, I recreated a statue, in a segment eerily reminiscent of the Shrine of the Silver Monkey from Legends of the Hidden Temple.

Lego Bricktales reminds me what it’s like to craft and manage my own builds, in between all those pristine instruction-driven works. What appealed to me back then, and still appeals to me now, is the potential. It’s seeing a lineup of bricks and an open space, and given freedom to create. Seeing a problem, and being asked for a solution that you would make. As long as the little simulation robot can make it across, it works. And then you’ll see it reflected back in the dioramic game world.

I’m certainly interested to see how this physics-driven, problem-solving approach to Lego games pans out. Lego Bricktales is currently in development, aiming for a 2022 launch.