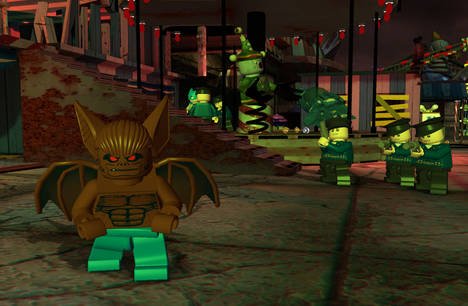 Traveller’s Tales handed out a few more screenshots of LEGO Batman today. Continuing in the vein of dropping a new villain or two in our midst with each new set of materials, this time we get the Man-Bat. Yeah, that’s right, Man-Bat.

With the game coming out on September 1st and many, many previous sets of screens released, I suppose it was time to start scraping the bottom of the barrel. Seriously, though, Man-Bat? Aren’t there only about two stories that deal with this character? Might be interesting to see how they incorporate his echolocation, but this is not exactly what I’d call a great choice from the Rogues Gallery.

You know who I’d rather see? The Ventriloquist. I can’t even begin to imagine how that might work in the context of a videogame. The potential for LEGO-based comedy, however? Gold.

Hit the gallery for screens of Man-Bat in action.