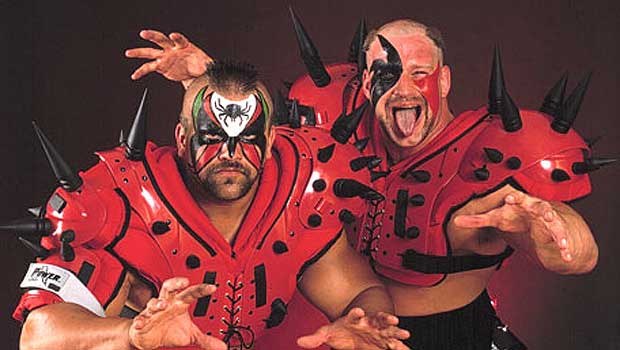 I really dig WWE All-Stars, but haven’t been giving it much love lately. Maybe that’ll change soon, as THQ has announced a slew of upcoming downloadable wrestlers for the title.

Available right now is “The Million Dollar Man” Ted DiBiase and his son (also named Ted DiDiase, which is totally confusing) for $1.99/160 MS Points. The “All-Time Greatest” pack, available on July 5 for $3.99/320 MS Points, will include Hawk and Animal (of Legion of Doom/Road Warriors fame), Jerry “The King” Lawler, and Chris Jericho. Finally, on August 2, the “Southern Charisma” pack — Big Boss Man, Michael Hayes, and Mark Henry — will be available for $3.99/240 MS Points.

If you’re not into ponying up extra cash, THQ is throwing a freebie your way on July 5 — R-Truth.

Anyone still playing WWE All-Stars? Maybe I need to have some kind of party at my place where we get some beer, ice cream cake, and play the game all night. Who’s down?