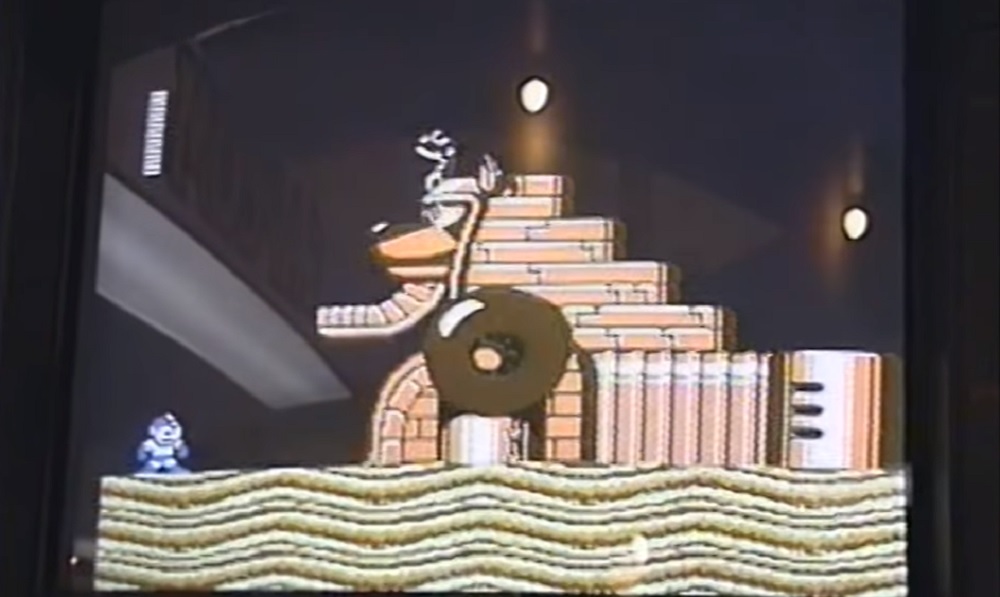 From its best level, Pharaoh Man

Uncovering old Mega Man trivia is one of my favorite pastimes. There was once an era where Capcom was immensely proud of the series, showing it off at every turn at tradeshows and myriad magazine spreads. I’ll never forget sending in my own “Magic Man” Robot Master design (which eventually became a thing!) for one of their many contests.

One such mystery involves a missing Mega Man 4 mini-boss that appears near the start of Pharaoh Man’s stage, which was first unveiled in an issue of EGM in 1991. For over two decades folks have pondered how this fight would play out, but thanks to some footage from Robert Hoskin, who was live on the scene of Tokyo Toy Show ’91, we know for sure. There’s roughly an hour of video here of the event, but the gameplay in question starts at 4:00 in.

Although this player doesn’t survive the fight, past screens have made it clear that you’re supposed to jump on the boulder, then the chin, and blast him away. Given that you had little room to maneuver Capcom eventually scrapped the encounter altogether, but making him a tad smaller probably would have helped.