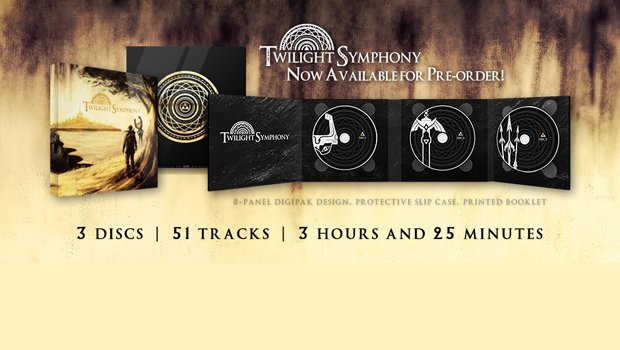 It was quite some time ago that Destructroid broke the news and served up exclusive samples of Twilight Symphony, the ambitious Twilight Princess arrangement project by the Zelda Reorchestrated (ZREO) team. After a successful Kickstarter initiative to fund live session players and choir, the album’s release date is upon us, and a physical album was just announced with only 500 copies being sold.

The three-disc collection will contain over three hours of music and is selling for $49.99. I mentioned that only 500 would be sold, and as of the time I’m preparing this post, only 187 remain. While the physical album will hit sometime in December, those just wanting the music will be able to purchase the digital release in mid-November, and a code will be sent to those who pre-order the physical version so they can always enjoy the music with everyone else.

Are you looking forward to checking it out later this month? Will you be picking up the limited physical release?

Filed under... #News#Soundtrack#The Legend of Zelda