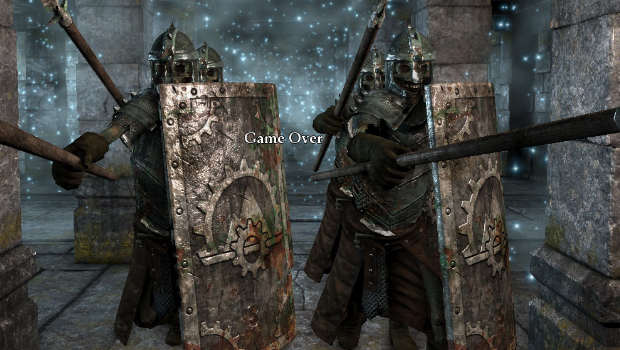 No, this is not related to Transformers in any way. It’s called Legend of Grimrock, and it’s a grid-based, first-person, tactical roleplaying game from Almost Human. The game was originally slated for the end of the year, but is being pushed back to March for refinement. Oh, and it also looks amazing.

With a strategic combat system, tough puzzles and the kind of dungeon crawling that your daddy grew up with, this is one of those games that look brand new by drawing from some very old roots. I have to say, it looks incredibly promising and I’m keen to say more.

The studio hopes to have the game out on Steam. I’m thinking I definitely want it. I also think it will take ten thousand years to beat.