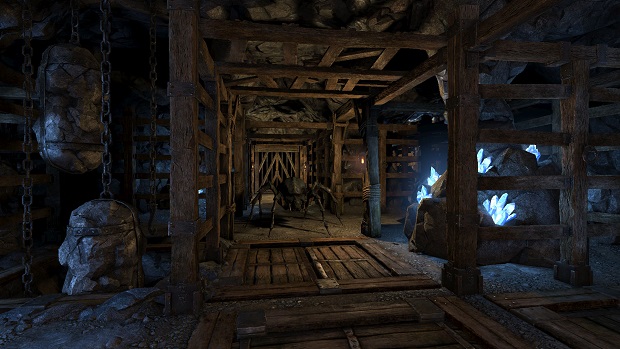 This trailer makes me want to skip September

The highly anticipated sequel to 2012’s first-person dungeon crawler Legend of Grimrock is nearly upon us. Finnish indie development studio Almost Human has released a stunning new trailer for it that demonstrates some of the numerous improvements made since the original. Of particular interest is the more open-ended, outdoor sections of the game. It’s looking quite lovely, I must say.

Legend of Grimrock 2 releases on October 15 for PC and is now available for pre-order at a 15% discount. If pre-ordering is your thing, then you might want to consider doing so at the developer’s site. Purchasing it there will not only get you a discount, but will also net you both a Steam key as well as a DRM-free standalone installer of the game once it is released.

In Legend of Grimrock 2, you’ll be in control of a group of four prisoners who are shipwrecked on the Isle of Nex, a secluded island filled with ancient ruins, mysterious shrines, and a vast underground network of dungeons and mines. The developer states that LoG 2 will contain over 20 hours of dungeon-crawling gameplay with thousands of squares filled with hidden switches, pressure plates, secret doors, riddles, deadly traps, and more.

Another addition worth mentioning is the included Dungeon Editor. In it, you’ll have the ability to create your own adventures, fill them with puzzles, traps, or even create new items, monsters, and environments with custom graphics and audio. I can only imagine all the incredible levels the community is going to come up with using this tool.

I’m really looking forward to getting my hands on this one. October just can’t get here quickly enough.