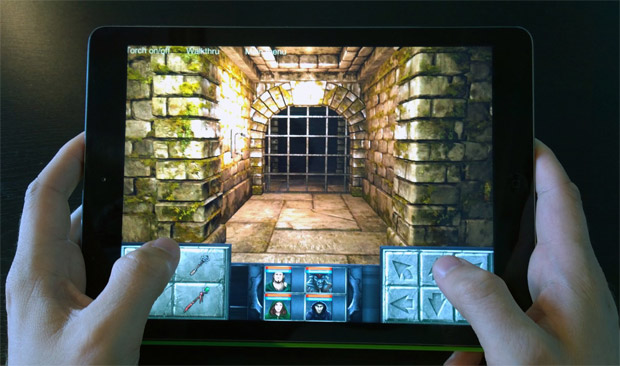 Almost Human games has recently announced that the sequel to its popular old-school dungeon crawler the Legend of Grimrock 2 is now officially in beta. Staying true to its word, LoG2 will be skipping Steam Early Access and will remain a closed beta:

“Closed beta worked really well with LoG1 and we’re looking to repeat the process. By giving beta access to a carefully selected group of people, we can personally interact with the testers much better and thus get better and more accurate feedback.”

According to the developers, the game has been playable from beginning to end for some time now, with one complete play through logged as well as several cheated “speed-throughs.”Almost Human estimates that Legend of Grimrock 2 will be roughly 25% longer than the original, but more testing is needed to confirm this.

To celebrate this milestone, the developers have provided us with this extraordinarily short teaser trailer, which you can find above. I’m not kidding, it’s that short.

If that isn’t enough LoG news, the team would also like to inform you that the iOS port of the original game is now officially a Thing. Never quite finding the time to truly make it happen on their own and reluctant to hire someone outside the team to do the port, Almost Human has brought on “coder extraordinaire” and friend Juha Pinola to do the job. No release date for the iOS adaptation has been planned, stating only that: it will be done “when it’s done.”

According to the team’s blog, release date information for Legend of Grimrock 2 should be coming some time in the near future. As we learn more, we will be sure to  keep you updated.