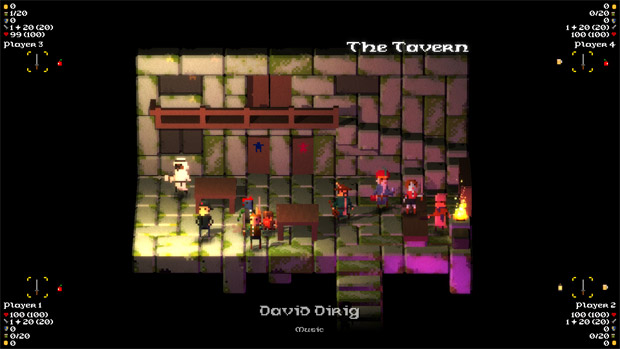 Didn’t back the Kickstarter? No worries

Robot Loves Kitty is now selling “nearly beta” builds of its wonderful-looking beat-’em-up Legend of Dungeon via the Humble Store. For $10, an entirely reasonable price from what I’ve played, you will get this pre-release version across Windows, Mac, and Linux; pay an additional $5, and they’ll throw in the soundtrack, too.

Since we last checked in, the game’s dynamic music system has been implemented with upwards of 240 responsive tracks in total. Even if this title is an alpha, it doesn’t necessarily feel like it — maybe I just haven’t played Legend of Dungeon enough yet, but it’s surprisingly polished.

The developers say they are “closing in on feature completeness,” so do give this a look if procedurally-generated dungeons, co-op beat-’em-up gameplay, and rogue-like elements sound like a winning combination. (They should!) The art design doesn’t hurt, either.