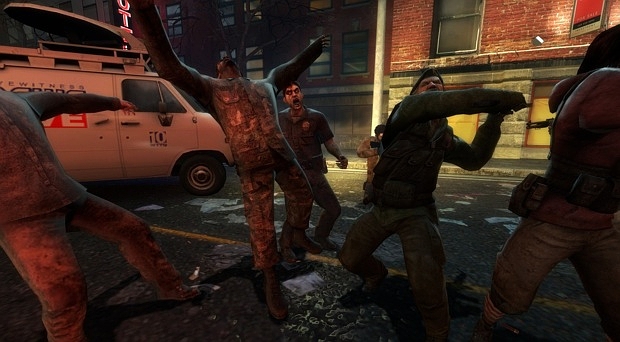 The PC version of the downloadable content is slated to hit “later in the day” according to a Valve press release sent out this afternoon.

“Survival Pack” is free and will probably rock. It’s packing two new campaigns for Versus Mode and a new game mode called Survival Mode — a no holds barred zombie fragfest, that basically resembles the Finale portion of the Campaign Mode. A recent post on the official L4D blog by Kerry Davis and Scott Dalton indicated that Survival is anything but a peaceful romp. “Given the extreme pace of Survival Mode, the number of zombies killed in a single round often outnumbers an entire campaign.” Excuse me, I just crapped my pants.