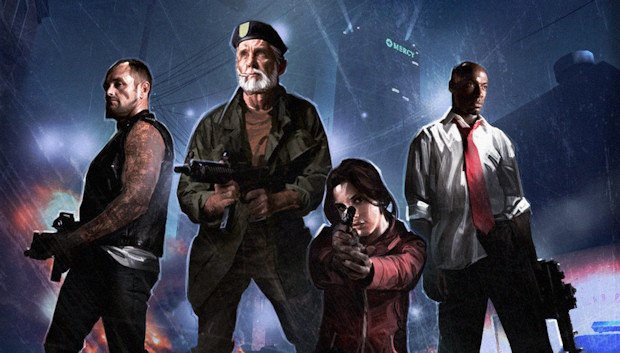 Left 4 Dead‘s “No Mercy” campaign revolves around the survivors attempting to reach and then fight through Mercy Hospital, a supposedly fictional establishment in Pennsylvania. The only trouble is, there’s a real Mercy Hospital in Pittsburgh, and you better believe that the Left 4 Dead fans have found it.

For the past few weeks, players of Valve’s zombie apocalypse shooter have been logging onto City Search and writing ludicrous one-star reviews for the poor hospital. Francis himself joined in, leaving the following message:

You know what I don’t hate? I don’t hate vests.
• Pros: I hate doctors!
• Cons: I’m getting tired of these damn vampires!

Lois has also shared his two cents with the following two-star review:

WHY THE HELL WERE THERE GUNS, MOLTOVS, PILLS, AND PIPEBOMBS IN A FREAKING HOSPITAL!!!!! SERIOUSLY DO YOU EXPECT YOUR CUSTOMERS TO KILL THEMSELVES?

And then there’s this one:

I went to this hospital to have my chronic headaches treated or at least diagnosed. Upon entering, I asked the receptionist for some help. Instead, she lept over the counter and started clawing at me. But there just happen to be some guns on the seats. I sadly had to kill her in self defense. Knowing the cops were soon to follow, I proceeded to go up. I wasn’t thinking, just going up. On the way up, I had faced many disgruntled patients and workers. One patient was polite enough to vomit all over me. While I was blinded, his posse (i am assuming he is a gang leader of sorts) started running at me and beating me. After successfully escaping, my headaches have only gotten worse. After consuming large amounts of pills, I stumbled my way onto the roof, where a man possibly being treated for a steroid overdose was waiting for me. After tossing me off the building, I almost lost my life. I was thankfully recovered by some strange African American man claiming to have his pills. I am home safe now. But no amount of pills and medpacks will cure my emotional and physical pain.

So far, Mercy Hospital has ten out of twelve one-star ratings on City Search. We know it’s because of Left 4 Dead. Anyone else will think it’s a hospital run by Harold Shipman and H.H. Holmes. I can’t help but feel sorry for the poor bastards.