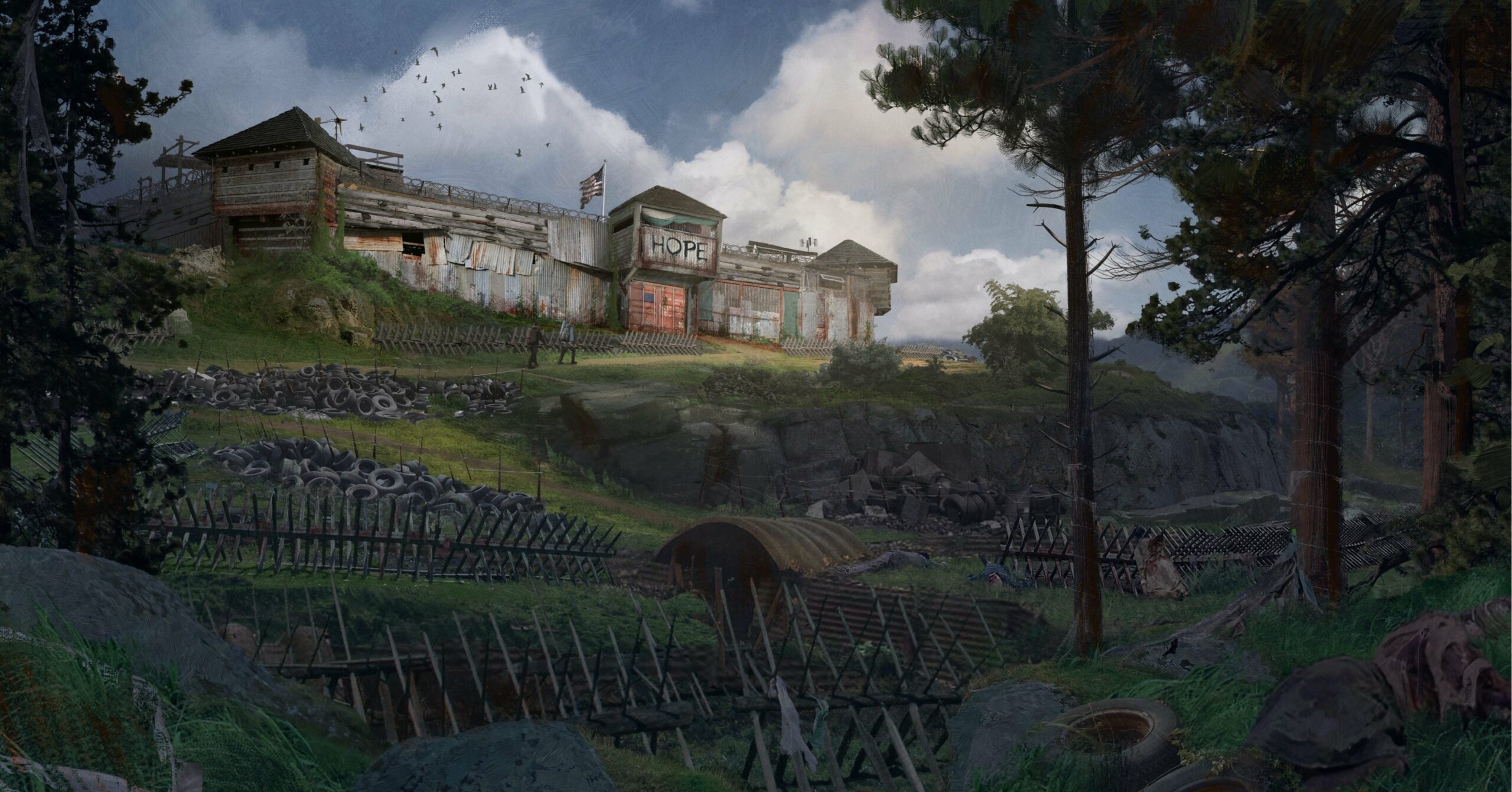 Turtle Rock Studios is a giant, emphatic oh-for-one with major releases after re-venturing out on its own. The asymmetric multiplayer Evolve was neat in theory, but never really found a sizable a permanent audience to keep itself alive. The team that is responsible for Left 4 Dead is returning to its roots in hopes of capturing some of that cooperative zombie-killing magic.

This isn’t a new story but you’d be forgiven if you forgot the original. In March 2019, Turtle Rock announced Back 4 Blood — another cooperative zombie shooter. It was painfully light on details. Warner Bros. is publishing it. There’s a campaign and PvP. It’s on PC, PS4, and Xbox One, but next-gen is looking increasingly likely at this point. It’s not a battle royale (because apparently it was still funny to clarify that every game wasn’t a battle royale in early 2019). Turtle Rock didn’t even show us screenshots or a trailer!

On Saturday, Turtle Rock tweeted this concept art that appears to be the first publicly-released Back 4 Blood image of any kind:

Getting to this 4th of July has been tough on all of us, so we wanted to give you a sneak peek and a bit of Hope. pic.twitter.com/buGOBayz5N

It’s a picture of a heavy-fortified camp called “Hope.” Maybe it’s one of the few places so well-secured that zombies can’t infiltrate and life can resume with some sense of normalcy. Maybe it’s an ironic name, like calling a fat guy “Slim.”

Whatever the case, Back 4 Blood hasn’t been quietly canceled despite Turtle Rock neglecting a single marketing beat for 15 months. The developer’s Twitter account regularly posts job openings and responds to fans about Back 4 Blood. It’s being worked on, slowly but surely. Steady as she goes.