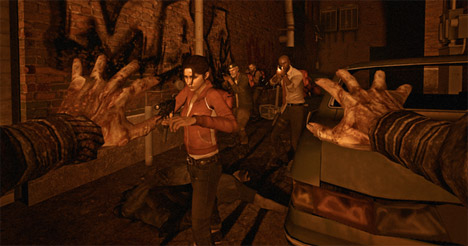 Do you fall into the group of people who think Left 4 Dead was a tad bit low on content? Well, Valve’s got something special in the works that will possibly ease your pain, and it’s called the Survival Pack. As you may have guessed, it’s not coming out for a while.

The Survival Pack is downloadable content that will add a new mode known simply as “Survival,” and also introduces “two complete campaigns for Versus Mode.” There’s no mention of platforms, pricing, or which campaigns are planned (presumably Dead Air and Death Toll) for whatever reason.

Alongside the DLC, a Critic’s Choice Edition of Left 4 Dead containing the Survival Pack will be hitting stores this spring. Again, the press release doesn’t specifically state which systems this applies to, but I’d assume the Xbox 360 version is applicable.

Finally, the first release of the Left 4 Dead Source SDK has been scribbled in for release this spring, and will allow PC players to create their own custom campaigns.

February 5, 2008 – Valve, creators of best-selling game franchises (such as Half-Life, Portal, Team Fortress, and Counter-Strike) and leading technologies (such as Steam and Source), today announced a series of content and development releases for its latest title, 2008’s best-selling new game property for the PC and Xbox 360, Left 4 Dead (L4D).

The first L4D DLC – dubbed the L4D Survival Pack — is due for release this spring and introduces a new multiplayer game mode entitled, Survival, plus two complete campaigns for Versus Mode . A Critic’s Choice Edition of the game is also heading to retail stores this spring, and will include access to all the content introduced in the L4D: Survival Pack.

In addition, for PC gamers and aspiring developers, the first Left 4 Dead release for the Source Software Development Kit (Source SDK) will allow the creation of custom Left 4 Dead campaigns that will be discoverable via L4D’s matchmaking system. The SDK update is also due for release this spring, and is free of charge to all owners of L4D on the PC.

“Since Half-Life launched in 1998, Valve has made continuous efforts to expand the offering of its products beyond what’s included on the day of launch,” said Gabe Newell, co-founder and president of Valve. “With Half-Life and Counter-Strike, and more recently Team Fortress 2, we’ve learned that we’re no longer making stand-alone games but creating entertainment services. With Left 4 Dead we’re extending that tradition by creating additional gameplay and releasing our internal tools to aspiring developers so they may also create and distribute new Left 4 Dead experiences.”

Left 4 Dead is a survival action game from Valve that blends the social entertainment experience of multiplayer games such as Counter-Strike and Team Fortress with the dramatic, narrative experience made popular in single player action game classics such as the Half-Life series of games. Released in November of 2008, L4D has earned over 25 industry awards from outlets around the world.
For more information, please visit www.l4d.com