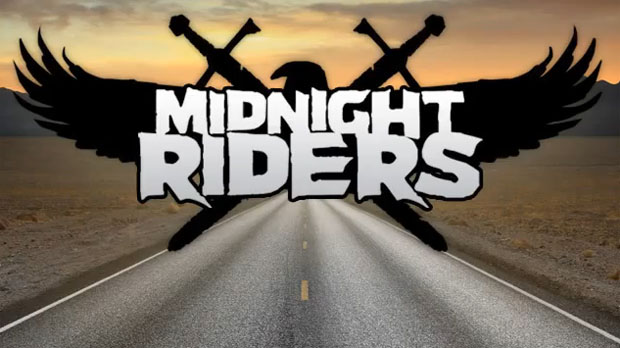 Following on from our discovery of a Midnight Riders teaser site, we’ve just been tipped offLeft 4 Dead 2‘s resident rock band now has a blog, as well as a Youtube channel. Check it out because it’s brilliant stuff! The blog reveals that despite the “Green Flu,” the Riders are still touring because America needs MUSIC!

“So I’m sure y’all have heard by now that yer ol’ pal Dusty said a few controversial things at the Waynesboro, Oklahoma show last night, coming down pretty hard against cancer research,” says one blog entry. “I just wanna say that we totally support our pal, even though officially the Midnight Riders do not endorse any of the opinions voiced by Dusty last night, nor condone his actions afterwards, when a journalist asked him why he loved cancer and Dusty knifed him between the ribs.”

Quite what all the promotion is for, we cannot say, but it seems like Valve is definitely going to be pushing The Midnight Riders in some capacity. Since fake rock bands are nearly always great, this is something we won’t be complaining about. Even if The Midnight Riders’ second album was released a year after the first one and was just a glorified expansion that we should boycott.

We’re quite excited to see where this all could lead. Hopefully all sorts of fun things are in store.