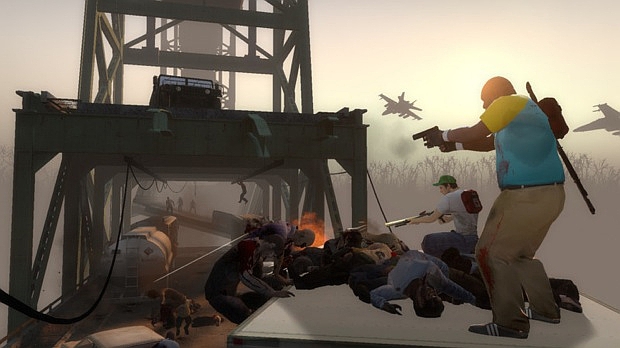 alve has a few more Infected up its sleeves for Left 4 Dead 2. In a conversation with IncGamers at the not-so-recent Left 4 Dead 2 event, PR man Doug Lombardi revealed that the studio is working on three additional “bosses” (we’re guessing Infected here) and tinkering with a fourth for the sequel. If the fourth monster makes the cut, the total of Infected in L4D2 will be a stellar eight — a big number.

We did see one of the new Infected at E3 2009. The Charger is a diet Tank. Its “charge” ability temporarily disorients its victims, leaving them open for other Infected to pounce, rope, smash or barf on them. We learned to kill these new baddies by simply keeping our distance and plugging away at their health.

We haven’t the slightest idea (and Valve isn’t telling anyone yet) what the other two (or possibly three) new Infected types are, but we’re not stressing: axes can cut through undead flesh.