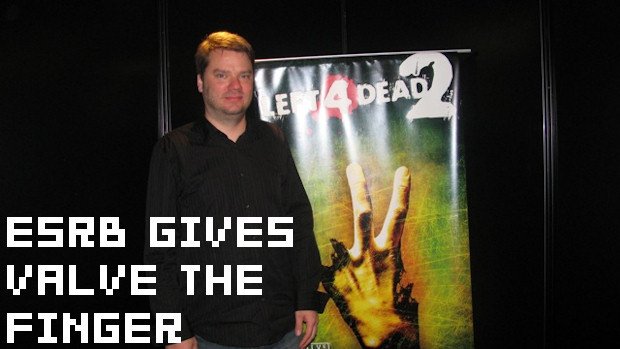 It’s not just raging Steam boycotters that Valve has upset with the announcement of Left 4 Dead 2. According to the studio, the ESRB has also shown concern, causing Valve to edit the original cover art for the game which showed a hand with a thumb and two fingers chewed off. In order to satiate the demands of the censors, the famous Left 4 Dead hand will now be holding down two fingers, rather than having them torn from the palm.

Strangley, the ESRB has never had a problem with the chewed-off thumb, allowing it both for the original game’s cover and for Left 4 Dead 2. It seems that anything more than a thumb is too extreme, leading to the new image found in our gallery. Fortunately, this is as far as the edits go, with the rest of the game deemed perfectly acceptable for human consumption worldwide.

This is great news for the five people who are yet to boycot the game.