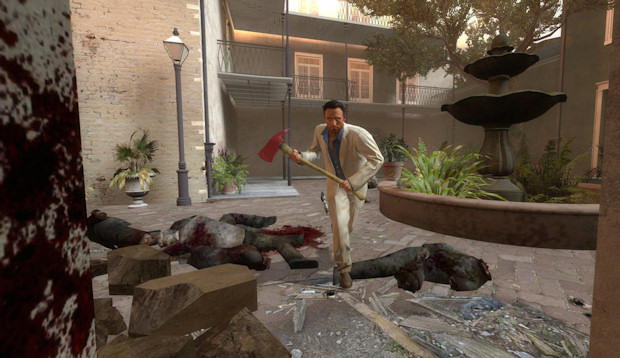 One of the biggest complaints that people had when they decided to be all dramatic and boycott Left 4 Dead 2 was that the original game would not get all the support that Valve was apparently contractually obligated to produce. Valve soon proved that complaint wrong, but Doug Lombardi insists that the fresh content for the game was not influenced by the online furor.

“I think there was just some confusion,” Lombardi said. “When you go to E3 and make a big splash on a new product you’re trying to get the retailer’s attention and the press attention.It’s not really the venue for announcing DLC and whatnot. I think folks took our announcement as a sign that we were dropping Left 4 Dead 1 and that’s just not the case.

“It really didn’t change our plans at all. As I mentioned we had plans to keep releasing stuff. We put the Survival Pack out for free which I thought was pretty cool on 360 as well as PC — it’s sort of uncommon to be able to get new stuff out that way.”

Of course, the boycotters themselves remain unsatisfied, but once you get on a high horse about something, it’s really hard to come back down. I should know, since I keep writing these condescending posts, and I’ll probably never stop.