Mods are hardly new for Left 4 Dead 2, but now that Valve has added full Steam Workshop support, it’s easier than ever to find and install user-created content. Literally, it’s as easy as locating a promising-looking mod within Steam and clicking the “subscribe” button.

This past week was somehow my first experience with Workshop — and it was a good one, at that. I’m dying to see more titles support the feature, now that I’ve seen just how painless it makes the process, but that’s a story for another day. You came for some entertaining Left 4 Dead 2 mods and that’s what you’re going to get.

Considering Steam Workshop only recently shed its beta status for Valve’s cooperative zombie shooter, one would be forgiven for thinking it might be too early to warrant such a post. Not so! The creativity of the community is already impressive and there’s plenty of worthy mods that won’t be able to make the cut here as a result.

After getting really into the original Left 4 Dead, I was practically burned out on its sequel the week after launch; that was on consoles, mind you. At some point between then and now, I managed to snag a PC copy of L4D2 either from a steep discount or in a bundle, but never got around to sinking much time into this version. The time has come for another look.

If you are similarly searching for something, anything, to get you reinvested in the game, mods are the answer. Holy hell are they ever. 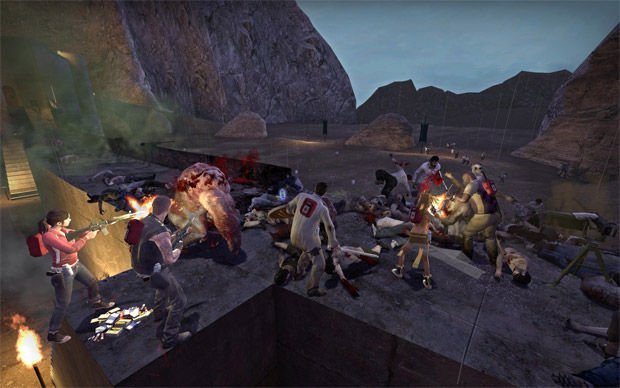 This is exactly what it sounds like: the Battle of Helm’s Deep from The Lord of the Rings, recreated in Left 4 Dead 2. It’s intended for multiple players, but it’s also a great deal of fun on your own with AI bots. Mowing down infected from up high while the films’ familiar music played right on cue was simply magical. Unfortunately, it’s since been removed due to a licensing concern, but the soundtrack was only one aspect of an all-around great mod. This should be one of the first things you download. 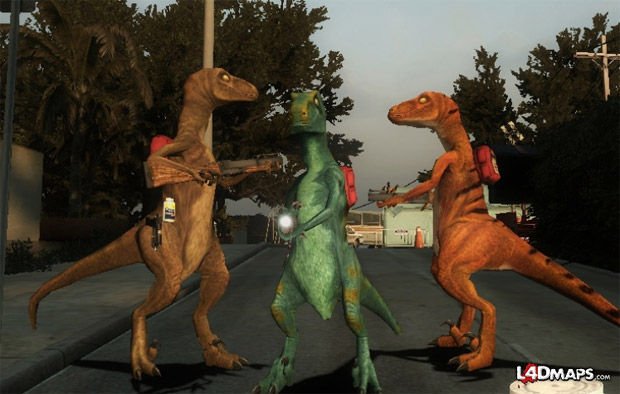 I would simply type out the word again in all caps, but Hamza’s beaten me to the punch. While there are a number of nice replacement models for the survivors (Borderlands 2, Portal 2, etc.), this is the stand-out for its solid execution and original subject matter. And it’s true: Who wouldn’t want to play as a dinosaur fighting against the undead menace at least once? Scratch that — who wouldn’t want to play as a talking dinosaur? Because they totally retain the original voices, and it’s pretty funny. 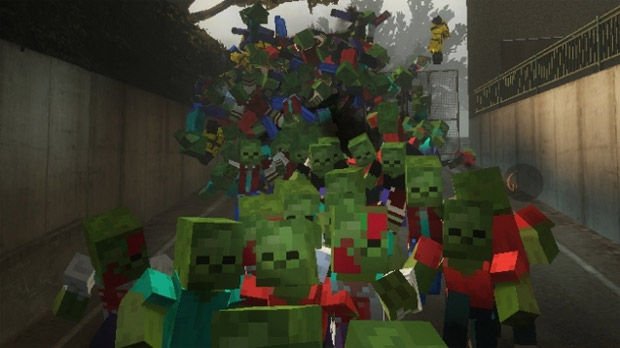 You might be skeptical of this choice, as I was before installing it. Minecraft has gotten out of control these past couple years; I’ve seen multiple (yes, multiple) children wearing a Creeper hoodie on the same day, and it’s not like I was searching for them on a scavenger hunt. Regardless of the overabundance of Minecraft merch, the game’s blocky undead fit in shockingly well with Left 4 Dead 2‘s realistic art style. They’re so much fun to shoot, too! Don’t knock it until you’ve seen this mod in action. 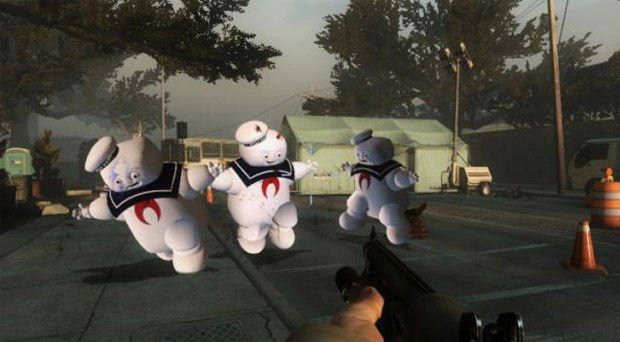 While the last recommendation needed a bit of explanation, this one certainly does not. I wouldn’t go so far as to say the Tank is frightening in its original Valve-sanctioned form, but he’s certainly not a pleasant sight to see (or hear) in the game. We don’t look forward to his arrival, I think we can all agree. But what if we did? What if the Tank was pudgy and non-threatening? What i—oh, good. You’re already downloading the mod. Carry on. 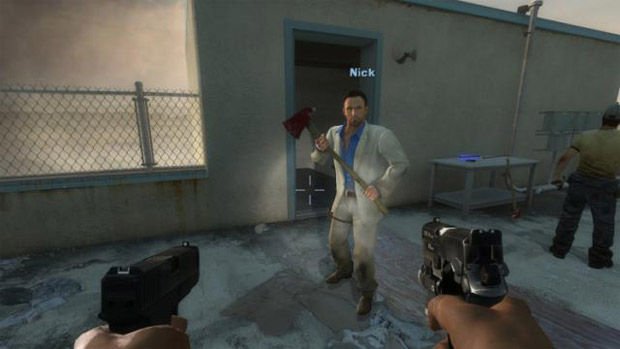 Frankly, there are times when I don’t want to play games with other human beings, even if they are designed with such interaction in mind. That’s where this mod comes in — it attempts to make the AI-controlled survivors behave more like we would. (Or “should,” I should say.) The bots still aren’t perfect, but this is well worth grabbing. 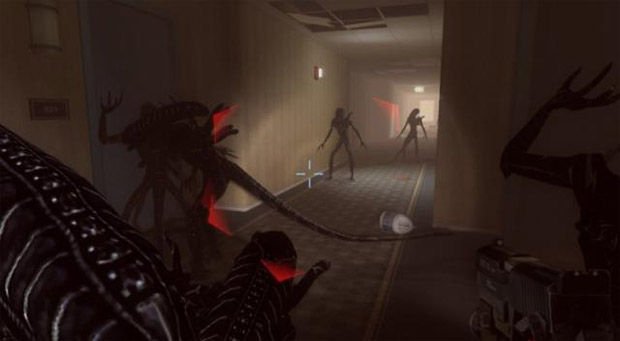 Admittedly, this won’t look as good as you might hope it would in-game, but screw it. Replacing the common infected with Xenomorphs is equal parts terrifying and awesome. Now all the creator needs to do is add the iconic death screech and we’d be set. 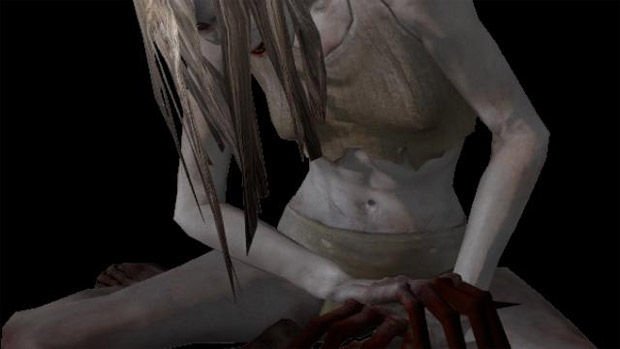 This one goes particularly well with the Stay Puft replacement for the Tank, adding to the overall goofiness of that mod. The classic music really sets the mood when you’re gunning down marshmallow men, and as for the Witch, well — you should probably still stay away from the Witch. 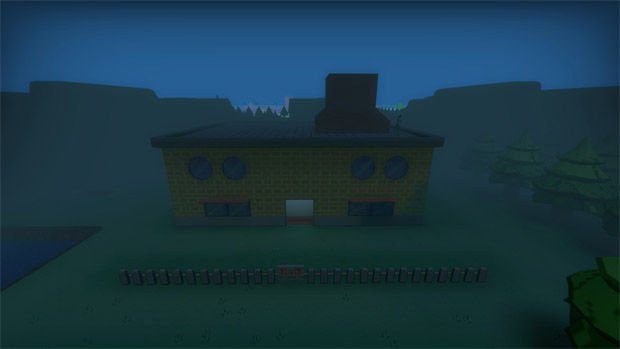 Ever since the first generation of Pokémon, I’ve always wanted to see Game Freak’s handheld adventures expanded into full 3D worlds that could be fully explored. Hell, I’m still waiting for that to happen on a meaningful level. This mod wonderfully recreates Pallet Town, inside and out, for use in survival mode. I’d say it’s still worth checking out even if you just want to do a quick tour rather than actually, you know, try to survive the undead apocalypse. 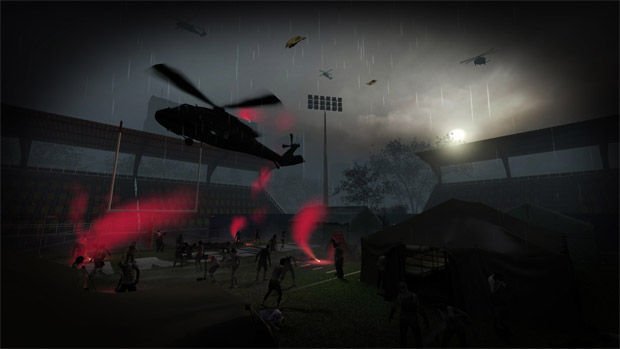 Campaign: Back to School

The most time-consuming mods to get are undoubtedly the full custom campaigns which, in this specific instance, require seven different parts that need to be downloaded from Steam Workshop. Of the campaigns I’ve played, none were as impressive as Back to School, a high-quality set of maps that really feels like it officially belongs in Left 4 Dead 2 — it’s that well-made. Best of all, it features the original four survivors!

These were the mods that made the top of my list. What about you? I didn’t touch upon any of the custom weapons or user-interface designs, for example. What mods do you believe everyone needs to go download, whether featured in the Workshop or otherwise, to get the most out of Left 4 Dead 2? In before nude mods.