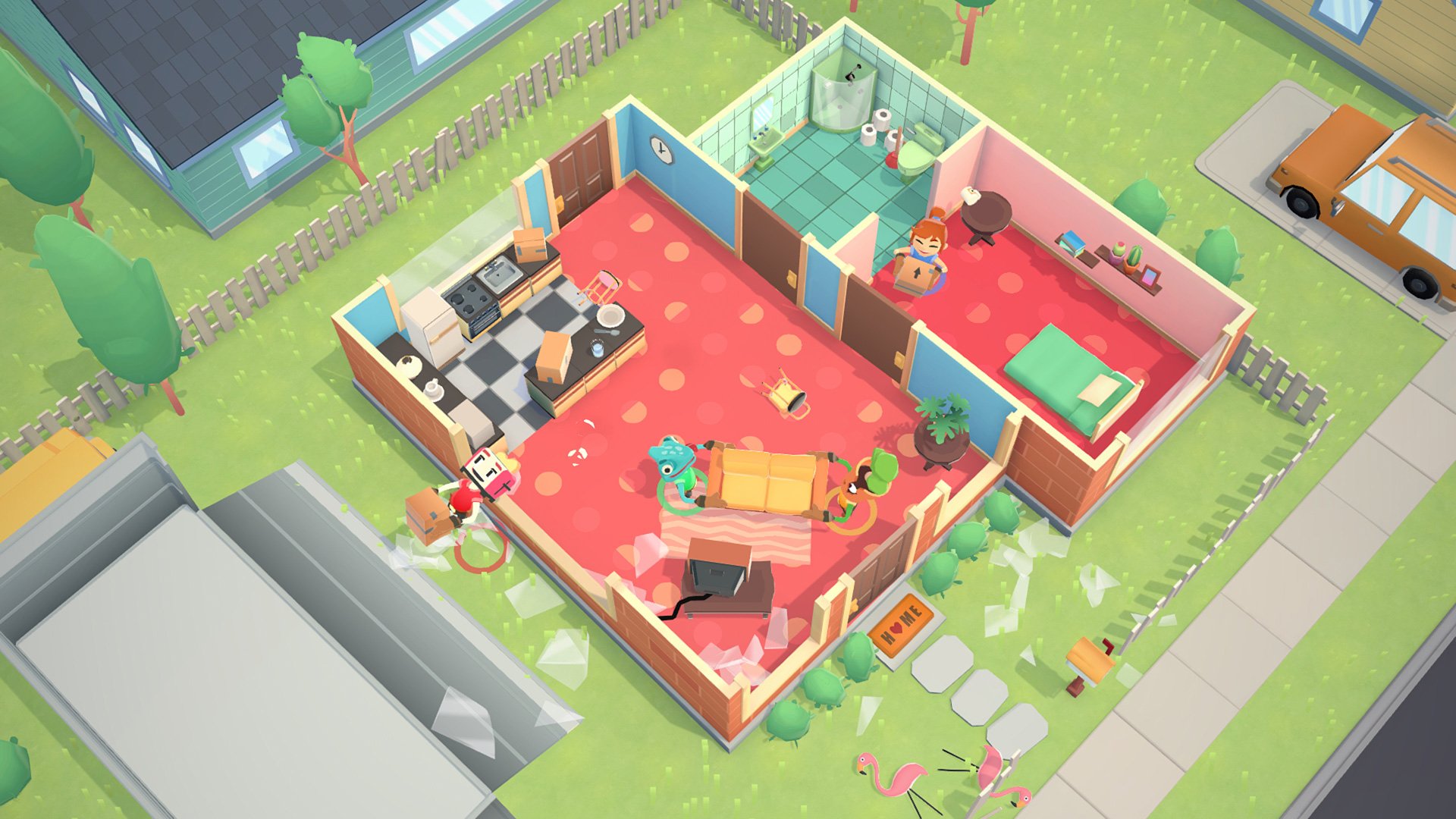 A furniture-moving game with chaotic co-op

Moving Out, a couch co-op game about moving couches (and other junk), is next on my local multiplayer list. Between that near-universal premise, the warm aesthetic, and the possibility of player-led hijinks, developer SMG Studio and Overcooked publisher Team17 should have another hit on their hands.

Some of us have been tracking this game for months now – I’ve returned from the depths of the Nintendo Switch eShop empty-handed too many times – and I’m thankful the end is finally in sight.

The studio also confirmed a range of accessibility options for Moving Out. Along with a scalable UI, a dyslexia-friendly mode, subtitles, and “multiple controller mappings,” there’s an Assist Mode. Players can toggle options like longer time limits, reduced difficulty, lighter 2P items, and a level skip.

I’m calling dibs on the chameleon. You can have the toaster-headed guy.