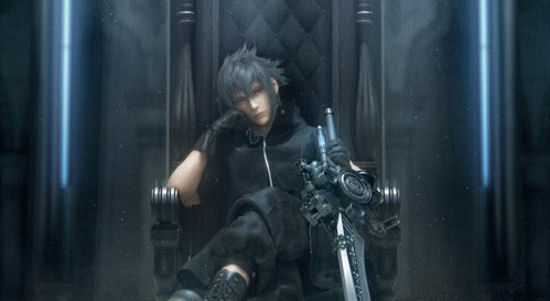 For all you Final Fantasy obsessives, NeoGAF is currently chattering about several tracks for Final Fantasy Versus XIII being included on Drammatica -The Very Best Of Yoko Shimomura. Shimomura is responsible for scoring the Kingdom Hearts series of games, and will of course be the composer for all music heard in Versus XIII. As well as tracks from the upcoming FF project, Drammatica will also include music from Kingdom Hearts, Front Mission, Legend of Mana and Heroes of Mana.

Of note is a leaked track which is claimed to be the main theme of Final Fantasy Versus XIII and can be downloaded here. There is nothing outside of assumption to actually suggest this is the main theme, or even a track from Versus, but it’s a very pretty tune nonetheless and worth a listen.

[Update: As confirmed by several of our readers, the leak, like cake, is a lie. It’s from an anime called Getbackers. Shame, because it really is quite pretty.]