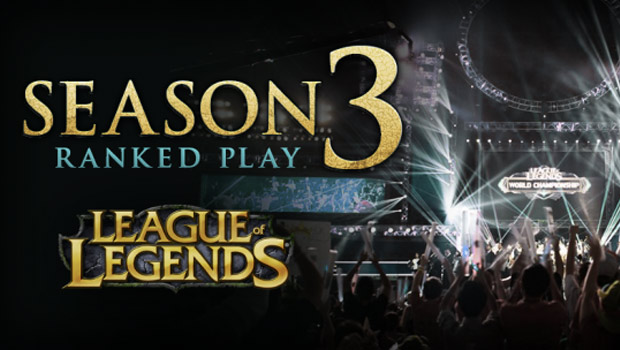 May the best Legend win!

Riot Games has been drumming up a storm for the third season of competitive play for League of Legends. The road leading up to the start has been a surprisingly long journey. It started with a lot of gab at the end of the second season, stating that the third season would be even better. Season two ended with a big bang thanks to the championship, which sported the largest winning purse in the history of eSports at the time.

What followed was the announcement and release of overhauls to major gameplay systems. It felt the same on the surface, but the game was fresh again. Then a restructuring of how the competitive ranking was detailed. Actual leagues in League of Legends!? Who’d have thunk! In the final stretch, an eSports team at Riot was formed with the sole purpose of upping the spectacle. As of today, it all comes to a head, as the third season is officially under way.

Riot has produced a new trailer to commemorate the launch, and the dedication can certainly be seen. The new talent of the eSports team really shines through. The video shows not just the raw quality of cinematography that is on par with broadcasts on TV, but also elicits the strong feelings of excitement and drama as those commercials. There is also a schedule highlighting the laid-out matches for the “Championship Series” on the newly revealed LoL eSports website. It certainly looks like it’s going to be exciting, doesn’t it?