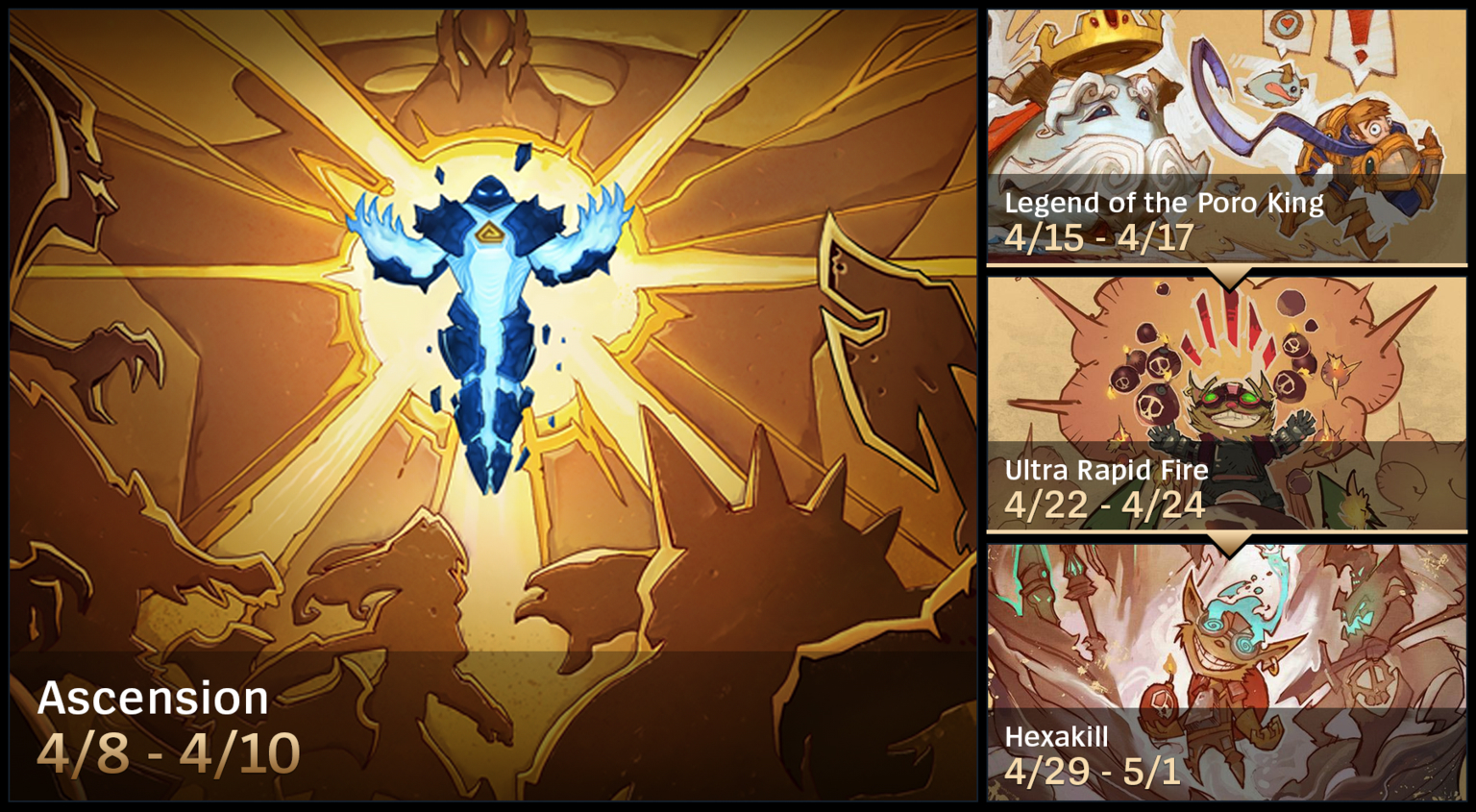 Since fans are constantly clamoring for the return of some of the wackier modes in League of Legends, Riot Games is answering the call with a rotating set of them, which runs through May 1.

First up is Ascension through April 10, then Legend of the Poro King, Ultra Rapid Fire, and Hexakill. This system will be tested “over the next few months,” and “depending on how popular it is,” it may last longer. So if you dig those modes, use it!

Hexakill, which involves six players on a five-person map, is probably my favorite.