Tyler1, a notorious League of Legends player, hadn’t been playing much League lately. Ever since 2016, Tyler1 had been ID banned by Riot for conduct that can be described as toxic and detrimental to the community. Riot actually described him as “a genuine jerk.”

But now he’s self-described as rehabilitated and Riot believes him. Last week, it was revealed that Tyler1’s account had gone under review and Riot decided to lift the ban. He’s free to play League of Legends again. As it turns out, a whole lot of people are interested in seeing that.

In his first day back, Tyler1 has shattered Twitch’s concurrent viewers record by an individual streamer. At the time of writing, there are somewhere around 378,000 people watching him. Last February, League of Legends, uhh, legend Faker gathered 245,000 viewers in his first Twitch stream. (It’s worth noting that big events routinely get far higher view counts; in January 2017, a Counter-Strike: Global Offensive‘s ELeague major was the first to break a million concurrents.)

The viewers are nice, but Tyler1 probably cares most about the fact that the subscription notifications have been absolutely flying since he started his show. Each of those equates to about $2.50 in his pocket for as many months as they sub for. (Small correction: $2.50 is probably the minimum amount per sub, and his contract with Twitch could certainly be negotiated at a higher rate.) Rehabilitation has proven to be plenty profitable.

As of right now, Tyler1’s re-introduction show is still going on. You can watch it here. 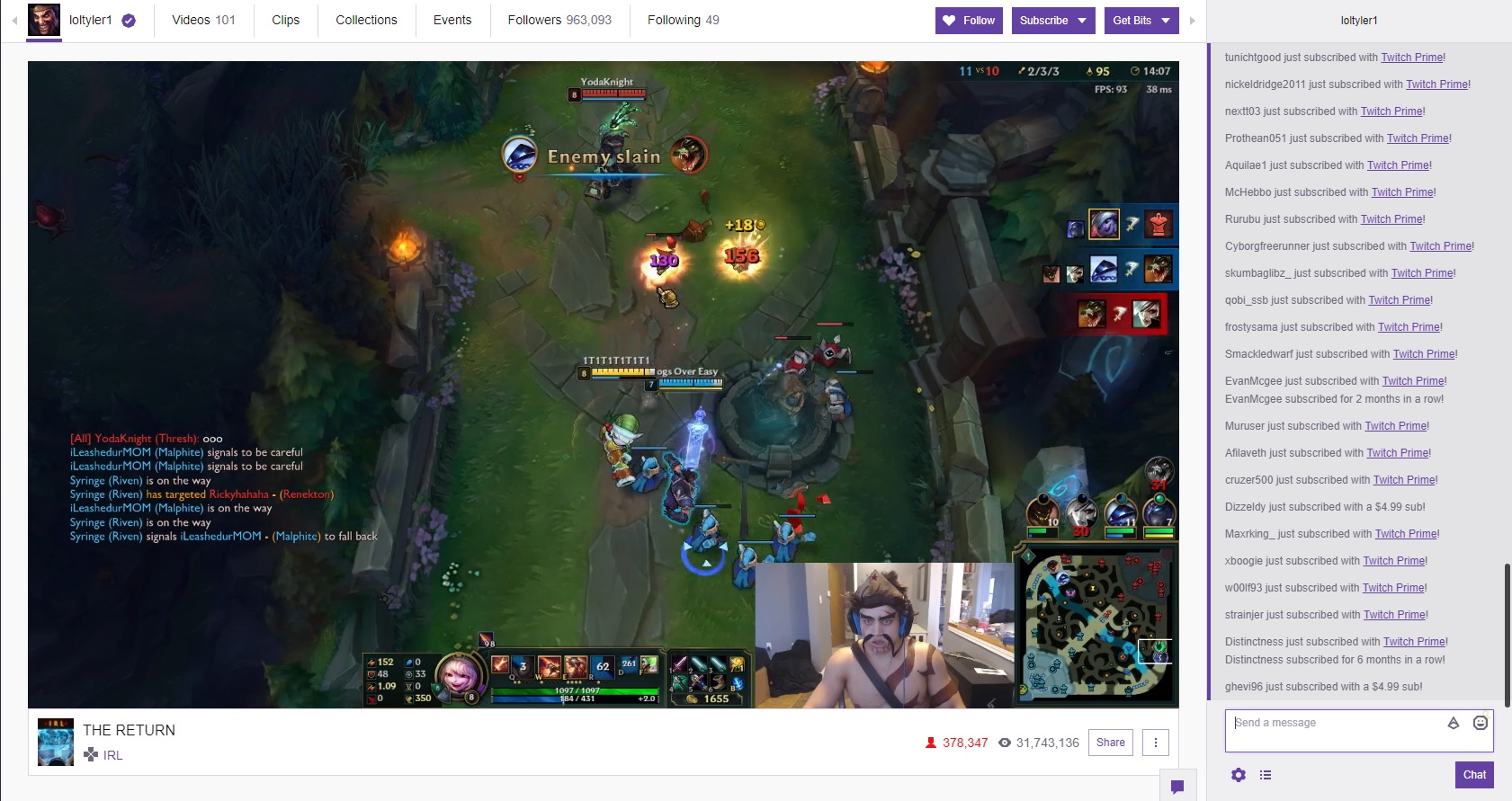