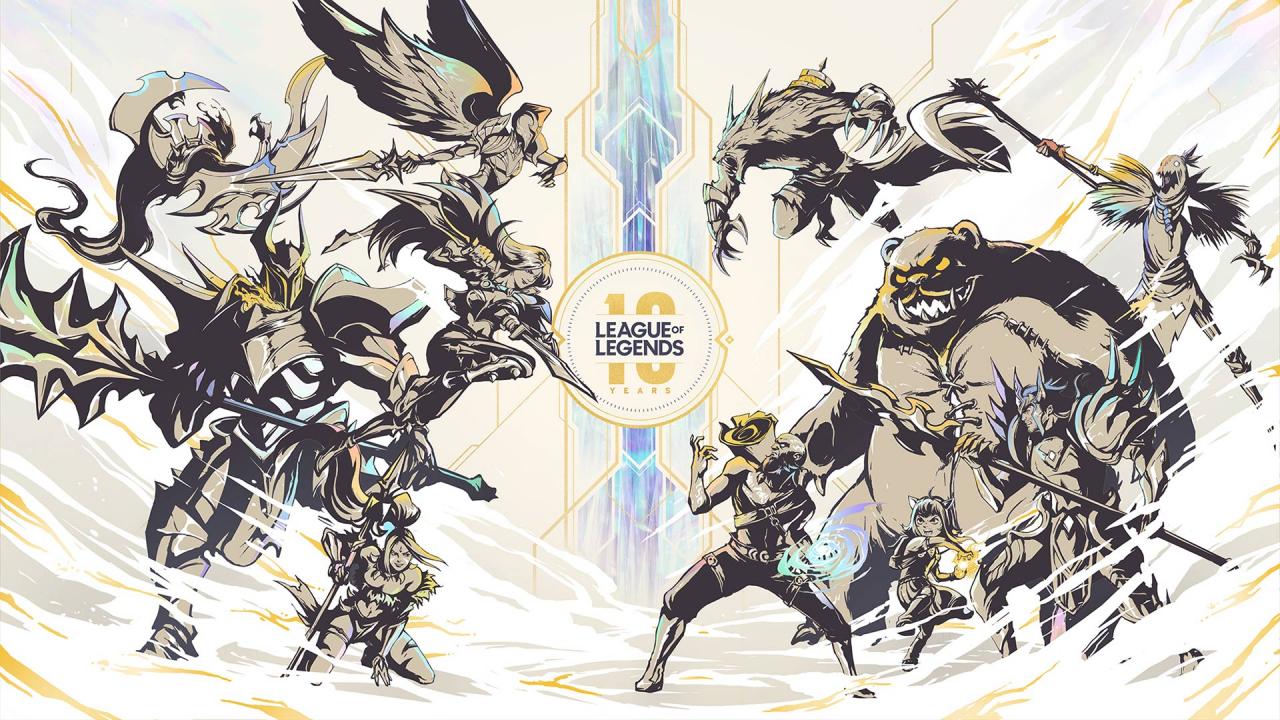 It feels like just yesterday when I was running Ryze trying for Pentakills while a friend of mine ran Fiddlesticks in mid.

If that’s gibberish to you I completely understand, as not everyone has played League of Legends, much less all the way back in 2009 when it was completely fresh, trying to differentiate itself from DOTA as a scrappy newcomer. It’s hard to believe it’s been 10 years since then, and billions of dollars later (plus a 2011 Tencent takeover), it’s still one of the biggest names in esports. Riot is tapping into that with a 10-year anniversary celebration, which kicks off tomorrow, October 15.

It’s all going to be livestreamed, but Riot is putting out VODs just in case you miss it (half of it is during prime work time). They’re also planning events at their “regional offices,” which you can find a list of here (the main US ones are Saint Louis, San Francisco and Los Angeles).

The mega-company is being vague as to what it all entails, stating: “Rioters around the world will be spending the whole day celebrating with streamed activities and digital experiences.” This is basically for the mega-fans, but new content is expected to be talked about as well, including a new edition of Riot Pls.

Here’s the full schedule for October 15: