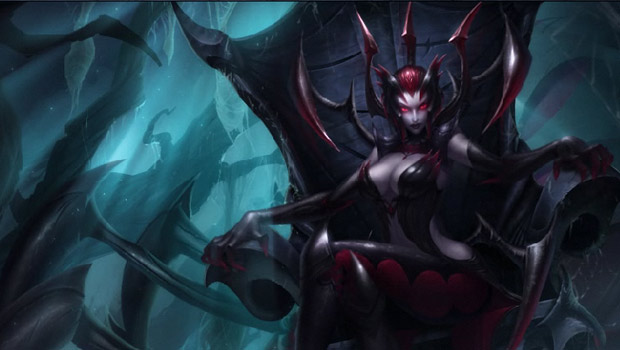 So many spiders, not enough fire!

A week ago, Riot Games teased its new Halloween event while keeping a good bit of detail secret. Now, not only are more details available, the event has gone live and is in action! There’s a new champ out, new harrowing-themed skins, and a “new” map located in the brand new location of LoL‘s Runeterra, The Shadow Isles.

To start with, it was revealed that the Shadow Isles would host the newly remade Twisted Treeline 3v3 map. The video above does a good job covering the details of it. I’ve played around on it a small bit, and think that the new items are pretty useful. The map seems to be even more unforgiving than either Crystal Scar or Summoners Rift at the moment, with teams able to snowball quickly. What I do like about it is the reduced emphasis on a laning phase and increased focus on moving as a team to get into fights over the altars in the jungle.

Next, there are some new, limited-edition champion skins, each in the theme of some sort relating to the season. First, we have the previously teased “Shadow Isles skins”: Headless Hecarim, Haunted Maokai, and Underworld Twisted Fate. Following this are two more Halloween costume-esque skins, with Headmistress Fiora and Pirate Ryze. Lastly, there is Brand’s legendary zombie skin. Unlike the others, Zombie Brand features not just a new look and some new effects, but also new animations, sounds, and voice acting. This is also priced accordingly, so be prepared to pay a little more than usual if you want it.

Finally, there is Elise, who has been fully detailed and released for unlocking. Despite being such a… spider, I find myself very intrigued by her moveset. Riot has made a nice little video showing her off which you can watch below. There are some patch notes available for those who like knowing all the nitty-gritty of the new changes. Now go be scary and gank with terror!