That must be the hottest orange ever

League of Legends’ favourite pirates, Gangplank and Miss Fortune, have had a bit of a facelift in the newest update to the popular Moba.

Both have been in the game for quite a long time now: Gangplank having been around since 2009, and Miss Fortune arriving a little bit later in 2010. They probably needed a new lick of paint, and I like their new looks. 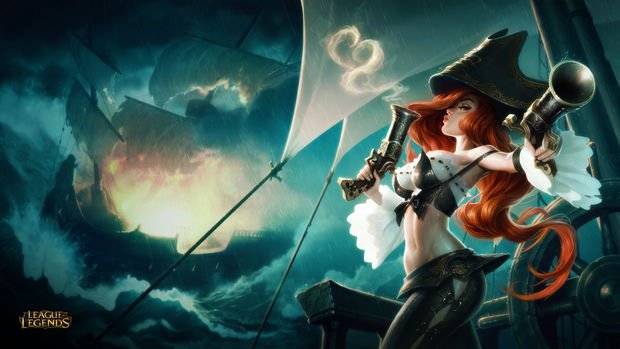 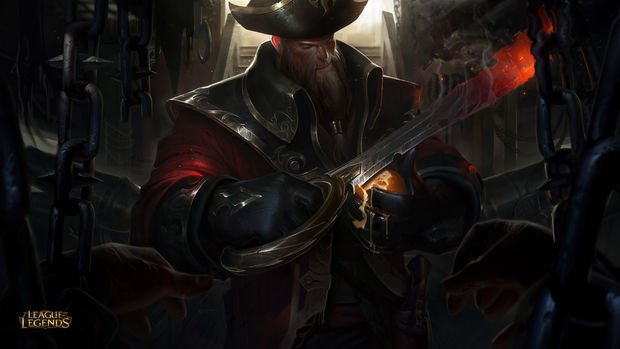 Miss Fortune has a bit of the Rob Liefeld spine-breaking pose and some inhuman proportions going on, but Gangplank looks adequately menacing and slightly less Pirates of Penzance than he used to be to make up for it. Not quite Graves material, but I approve immensly.

Alongside their new  looks, both characters have had some changes made to how they play as well. I’m kind of an idiot when it comes to League (as I have been told repeatedly by many players in many languages), so I’ll let Riot explain them (courtesy of PCGamesN):

Outside of slight optimizations such as Parrrley farming, Remove Scurvy timing, or Cannon Barrage placement, Gangplank never really had a unique tool he could invest in mastering over time. When we thought about new toys we could give Gangplank, we focused on the most fun moments Gangplank was already having. One topic came up over and over again: buying items like Statikk Shiv or Ravenous Hydra and being able to Plunder several enemies with a single Parrrley. With this update, we added explosive barrels to Gangplank’s arsenal so he can do just that and more. There’s nothing like setting up a chain of barrels to utterly decimate unsuspecting enemies…

And for Miss Fortune:

Miss Fortune’s in a fairly healthy state. The slight changes we’ve made emphasize her core strengths and shave some hidden power in favor of clarity. Fancy design speak aside, the TLDR is your ultimate barrage of bullets remains unblemished, but we’ve removed Grievous Wounds from Impure Shots.

You can see how these new models look in-game on Riot’s pages for Gangplank and Miss Fortune.