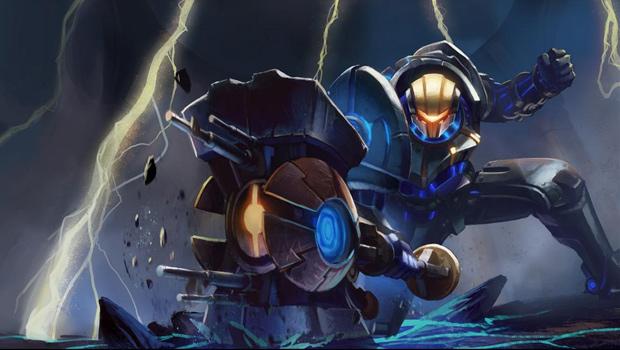 Quick draw on the ban hammer

Just this weekend I was chatting with a friend of mine who told me he recently quit LoL after several years of playing because he just couldn’t put up with the scumlords and jerkbags that seem to make up a large portion of the player base. Most of us play games to relax and have fun, not to hear about how some 15 year old plans to fornicate with your mother because you (might have) screwed up a gank.

So it may be some consolation to him to hear that Riot is testing a new punishment and reform system on its European Union servers. The system is designed to target problem players who engage in verbal harassment and punish disruptive behavior within 15 minutes of an offense. So the shitheel who griefed you all last match may be punished by a two-week or permanent ban before he can even find another game. That’s some swift justice.

The plan is to eventually expand the scope of the system to reward positive behavior and helpful players in an equally swift manner, providing some incentive to act like an actual human being online. We’ve seen how ineffective the traditional report-and-ban system has been in the past at curbing harassment, so hopefully a two-pronged system that punishes with one hand and rewards with the other will work better in the long term.