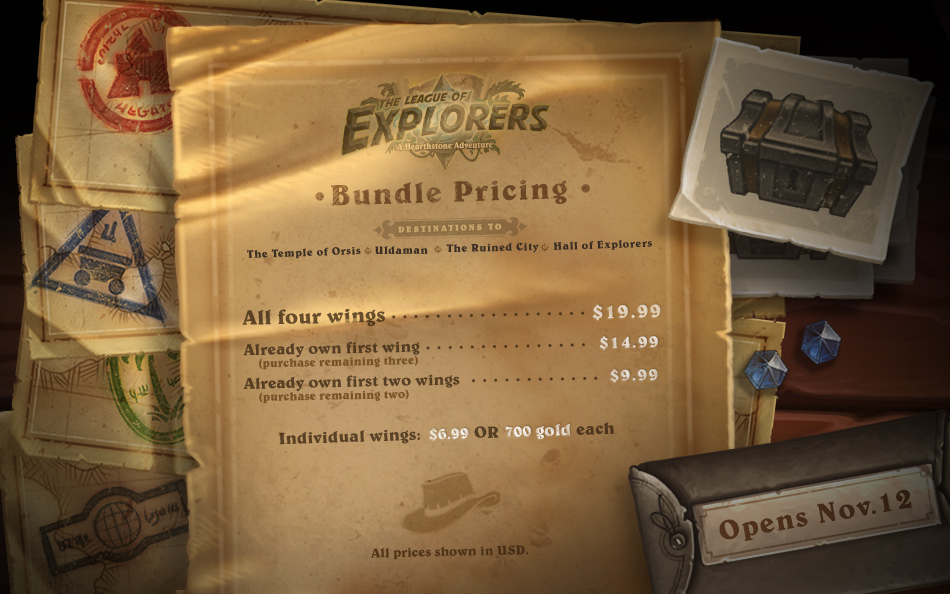 Blizzard time is a lot like Valve time. When they announce a date, you can usually add six months to a year to it. But that isn’t the case with the League of Explorers expansion for Hearthstone — it’ll launch next week on November 12.

It’s set to open up by way of four wings, which will be priced at $19.99 in total, or $6.99 (700 gold) for each wing. The setup looks equal parts awesome and wacky, as four adventurers, including a Murloc, seek fame and fortune in four extreme locations.

Two new game boards will arrive with the update, in addition to 45 new cards, including some legendaries. Expect more coverage shortly after launch.

Join the League of Explorers on November 12! [Hearthstone]