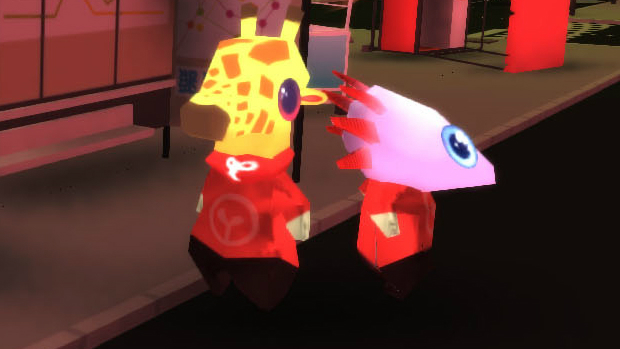 ‘This is a terrible city’

Everybody loves putting on an animal mask and wreaking destruction, right? Anarcute may not be as bloody as Hotline Miami, but it does tap into that same urge. It’s that desire to dress up like a demented, googly-eyed Animal Crossing character and blow everything up. I have it. You have it? Tell me it’s not just me.

In the world of Anarcute, the corporations have taken over, and it is up to the people to take the power back. Of course, the most reasonable way to do that is to form into a huge angry mob, beat up the riot police with a phone booth, and topple the buildings by hand.

Anarcute is a student project and is expected to release on Linux, Mac, and Windows in 2015.