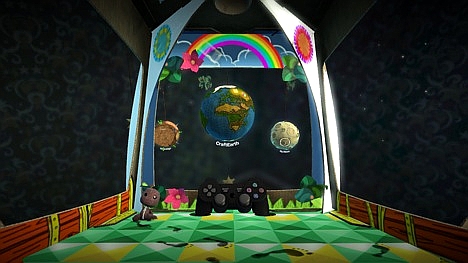 According to Sony marketing manager Mark Valledor, the moderation in LittleBigPlanet will continue to evolve and the levels that have been tossed into oblivion thus far are the result of players utilizing the game’s Good Grief tool. This may come as a mini-relief for those worried that levels were being stripped without reason. At least now they can blame other players instead of ghosts in the LBP machine. Valledor also said that a system that tells creators why the content was moderated is coming.

Valledor’s comments come from a posting on the official PlayStation blog, where he tries to answer some of the hot questions that the community has on its mind. Several of those questions were undoubtedly from those concerned about LBP’s moderation:

The level moderation process is something we’re continually improving. The small percentage of levels moderated have been done so after the community has reported them using the Good Grief tool. We never moderate levels that have not been reported in this way. The vast majority of moderated levels were due to offensive material, however we are evolving the way moderation happens to ensure that creators are made aware of why their level was blocked. More to come shortly.

I’m glad that Media Molecule and Sony are getting the message that many are frustrated over the moderation – specifically when it comes to justification. LBP is a game with a massive community, so they need to rely on it to faithfully mark levels as inappropriate. Occasionally, bad decisions happen, but it’s nice to know that the current system isn’t set in stone.