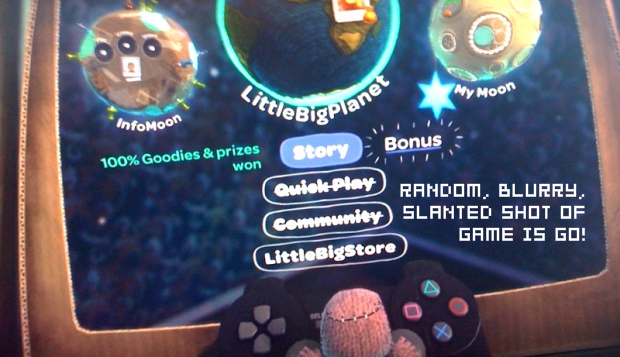 Long ago, in a year known as 2007, mankind was disappointed by the news that there would be no demo for the upcoming PS3 exclusive LittleBigPlanet. We were only disappointed though as we assumed that a demo would be coming at some point, most likely before the game released. No demo ever came, leaving mankind to rely solely on Destructoid’s review of the game, which was both honest and correct (we’re always right — always), so it wasn’t that big a deal. Still, maybe some of mankind wanted to try the game out for themselves before purchase.

Now they shall have that chance. With the announcement that LBP will be getting a Game of the Year edition on September 8 comes the news that the Game of the Year edition will be getting a demo on September 10. Rejoice, ye who are late at buying great games. The demo will feature a few of the levels from the game, a small selection of level creation tools and a few levels that have been picked from the massive community level database. Maybe then you’ll join the rest of us in the glory that is launching an adorable Sackboy into a brick wall at high speeds.