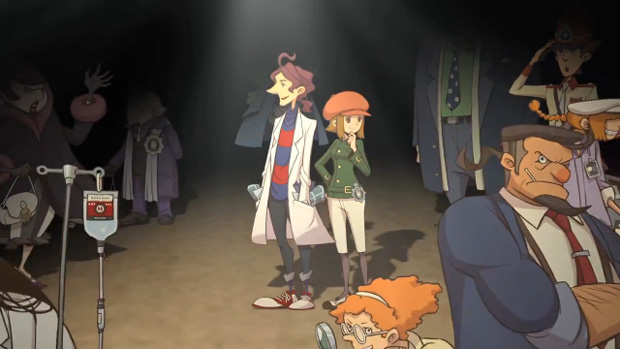 You can never have enough Layton in your life! That’s the rule. With that thought, Level-5 has announced Layton Brothers: Mystery Room for iOS devices.

Instead of assuming the role of the ol’ professor, you’ll take command of his son (bet you didn’t know he had one) Alphendi Layton and partner Lucy Creila, a pair of Scotland Yard investigators. Also, rather than having you solve bite-sized, brain-teasing non sequiturs, Layton Brothers appears to involve a more direct approach to crime solving. Perhaps the biggest mystery of all is why a male-female duo, unrelated by blood, is referred to as “brothers” in the first place!

This was originally a DS game with no ties to the Layton series; in fact, it was part of another Level-5 puzzle series called Atamania. This change in IP and platform might help to give it a bit more exposure. Hopefully, it’ll find its way to Western iThingies.