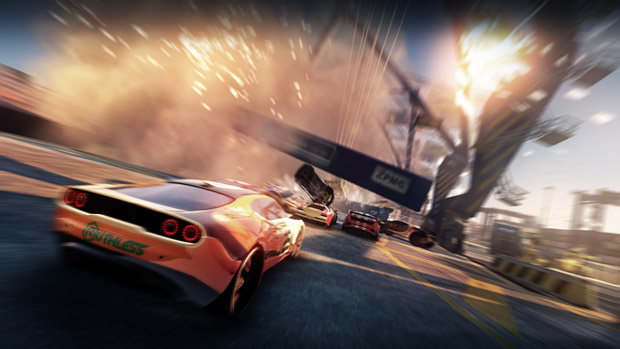 An anonymous source told Eurogamer last night that Split/Second and Pure developer Black Rock Studios is being hit with lay-offs. Supposedly, only 40 jobs are safe from termination with about 100 jobs at risk. Disney Interactive Studios has since confirmed “a reduction of its workforce from its Brighton-based internal game development studio.”

The source said that Black Rock had pitched quite a few new projects to Disney Interactive, without much success. Work on a sequel to Split/Second was started after the title was wrapped up, but new management at Disney and a push towards freemium games led to the cancellation of this sequel.

Disney has said that the studio “will continue work on its current project.” This current project was mentioned by the source to be a “promising” and “new and risky” title, with a note that Disney probably didn’t want to risk putting two teams on it.

Sad news for all involved at Black Rock Studios, and for fans of one of last year’s greatest — if unfortunately scheduled alongside Blur — arcade racing games. You better not have cancelled Split/Second‘s sequel in favor of a new Cars game, Disney!