Don’t go into battle without your stickers

It was a big weekend for Nexon’s upcoming arena shooter LawBreakers. The high-flying, death-defying, barf-inducing game launched an open beta on Steam, allowing all to try out its frenetic team-based action first-hand.

Also, hard-copy enthusiasts Limited Run announced that LawBreakers will receive a collector’s edition, which will have a limited run, funnily enough. The set contains the deluxe edition of the game (Steam code or PS4 disc) a journal packed with art and lore about the game’s futuristic universe, also a selection of character cards, stickers and exclusive skins, all housed in a sleek package recalling the heyday of ’90s big-box games.

The PC edition of the set is available for pre-order now at $69.99. Orders close July 7 and there will only be enough sets manufactured to cover these. The PS4 edition goes on sale August 4 at a run of 2500 copies

Did you play the LawBreakers beta this weekend? What are your thoughts? 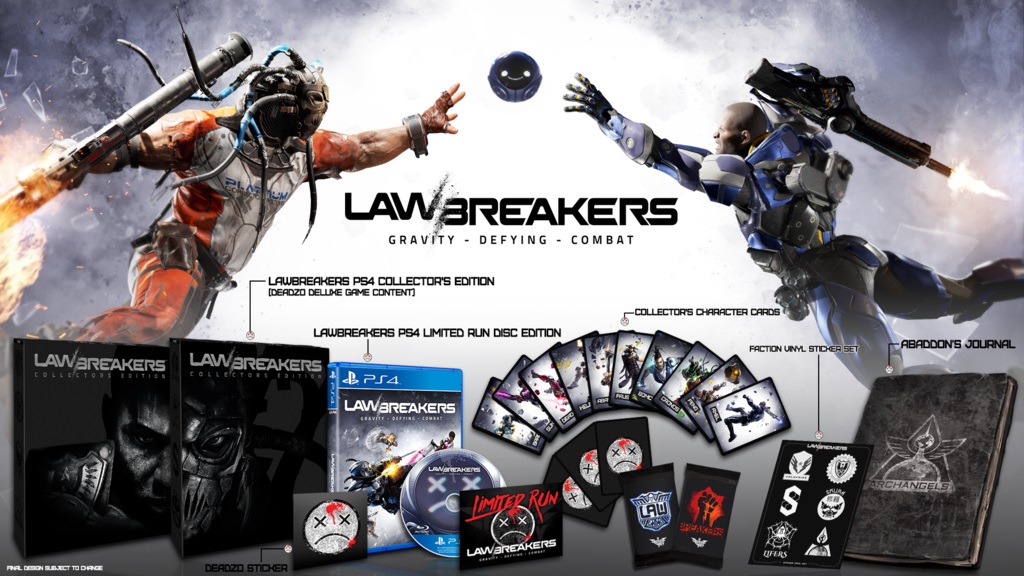