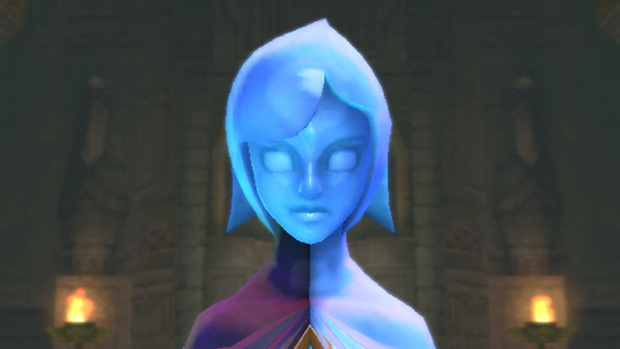 Plants vs. Zombies composer Laura Shigihara already melted our hearts last month with her wonderful rendition of Skyward Sword‘s “Ballad of the Goddess.” The Skyward magic doesn’t end there, as now she attempts to make people actually care about the emotionless guide gal Fi!

Laura describes “Fi’s Lament” as her favorite piece of music in the entire Zelda series, so she really puts her all into this cover. She once again adds vocals, based heavily on a made-up language called Ciroan from a game she’s developing. Whatever it is, it sounds lovely.

At the end of the video, she announces a contest to win an Ocarina. Then she introduces the viewers to her cat. Her cat’s name is Metroid. D’aaaaaaaaaw!