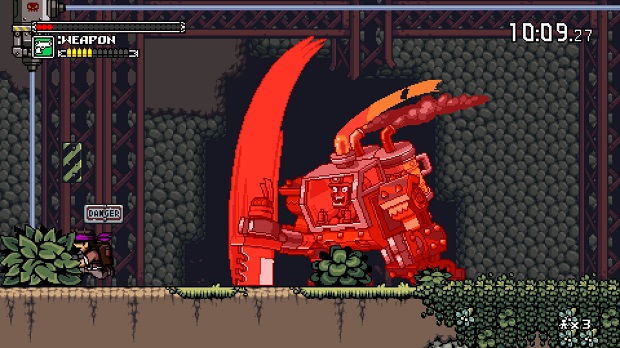 PS Plus subscribers were in for a treat in April

Everybody loves free stuff and that’s been the big draw of having a PS Plus subscription. However, most titles you’ll get for free on PS Plus are at least a few months old and have had their shot at retail. Launching a game for free on PS Plus would seem like a big risk but Mercenary Kings developer Jean-Francois Major of Tribute games felt it was a safe bet.

Speaking to Gamasutra, Jean-Francois said that giving the game away for free wasn’t as counter-intuitive as it may sound. “Maybe we could’ve done better on our own, but the PS Plus deal was a safe bet. We’ll gamble a bit more on the next project!” Whilst full sales of the game didn’t match the PC launch, Jean-Francois was still happy the decision to distribute through Sony’s subscription scheme. “I’m happy we traded a bit of risk for a PS Plus deal.”

It’s an interesting idea for sure, making your game available for free to those who are already shelling out on a PS Plus subscription. You’d think a developer would want to sell their game upfront and see some profit straight away but we’re in a weird time where people are willing to experiment with how they distribute their games. I’ll bet this won’t be the last time a developer decides to launch their game on PS Plus for free, not by a long shot.

Was launching Mercenary Kings on PS Plus worth it? [Gamasutra]