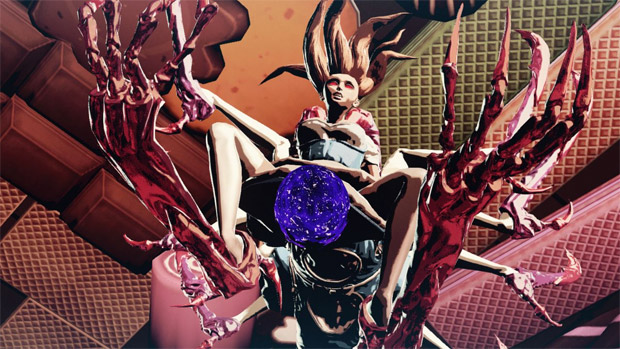 Ever since word got out about Killer is Dead from Famitsu or wherever those initial screenshots originated, I’ve been trying to keep my distance so as to avoid spoiling any more than is necessary. Almost there! Grasshopper Manufacture’s latest is out on PlayStation 3 and Xbox 360 on August 27 in North America, while Europe gets it on August 30.

For the launch, North American publisher XSEED will include the usual bonuses for early adopters. If you pre-order or otherwise obtain a first-run copy of the game, expect to receive an 80-page hardcover art book, 25-track CD, and the Smooth Operator DLC pack featuring Gigolo Glasses, alternate costumes for Vivienne and Mika, a bonus Gigolo Mission with Betty, and an extra episode with the Sebastian. Hit that gallery for a basic look at the package.