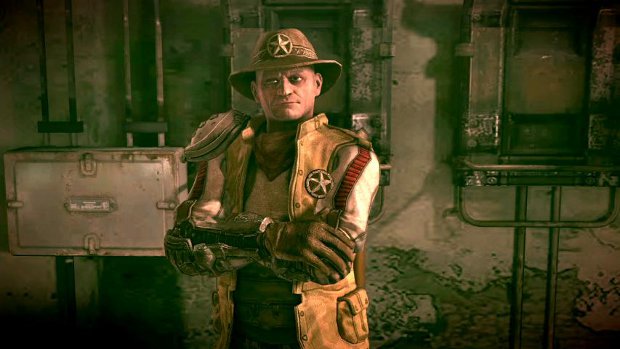 Hot damn if that doesn’t look sweet. This new trailer for RAGE shows segments of a mission to disrupt the bomb making capabilities of a group called “The Shrouded.” There’s a brief bit of rather exciting vehicle gameplay shown before going in to the enemy lair, guns a-blazing.

It’s when the toys start coming out two minutes into the video that I get giddy. Watch how the Sentry Bot navigates over terrain in the most direct path towards an enemy, even killing one guy by hopping on to him from the box the poor bloke was using for cover. Persistent, deadly and the tiniest bit creepy, just the way I like my robots.