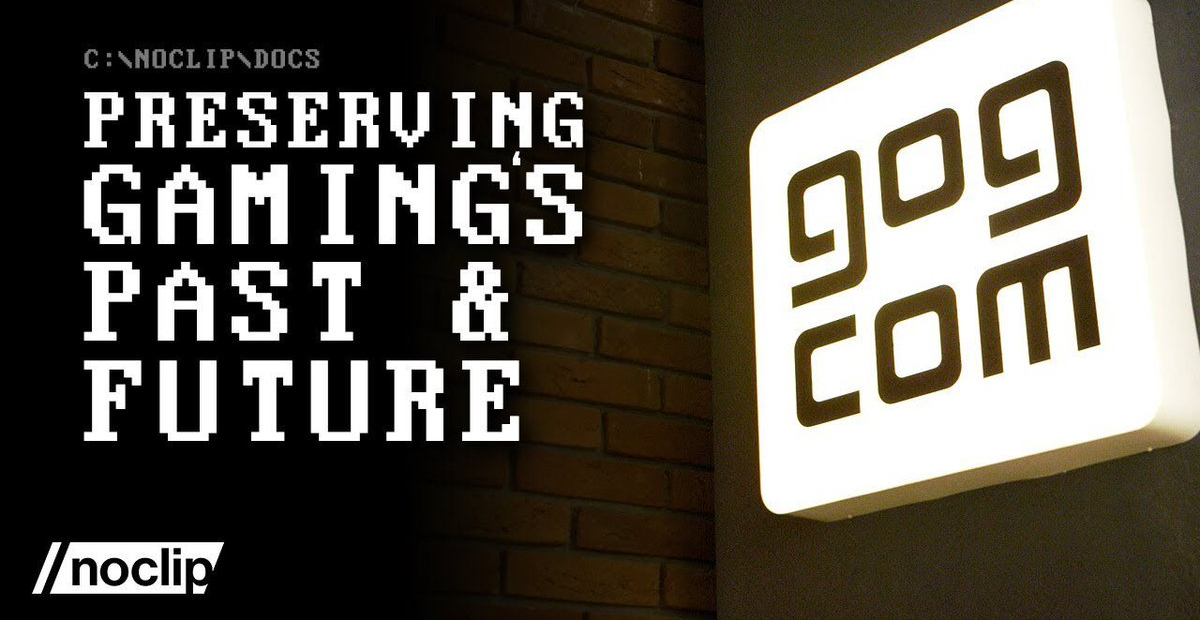 Glory to GOG in the highest

Ever since Danny O’Dwyer started his NoClip video game documentary series on YouTube, it’s been filled with interesting deep dives into big-name games like DOOM and Horizon Zero Dawn, but it left me wanting a bit more as I know there is more to game journalism than just development.

With the rise of digital publishing in the past decade, there has been a lot of talk about preservation of games, both from the past as physical copies begin to wear down and fade from markets, as well as current games that only receive digital releases. Thankfully there is a rise of storefronts like GOG that have a long-term goal to preserve gaming and break down the need for DRM.

Starting off as Good Old Games with a mission to preserve and update old PC releases, GOG has since shifted to push a DRM-free storefront for modern titles while still digging up our gaming history to preserve it for future generations. In this short documentary, NoClip talks to many of the head honchos at GOG about how living in Communist nations shaped their desire to compete after the Iron Curtain came down in the early ’90s, and the lessons they learned on how to compete against piracy.

I never really thought about how much legal red tape GOG would have to go through to gather up old games from old publishers who have since gone down or been absorbed into larger companies. I also didn’t really think about the fact that as the publishers they would have to get these old games working on modern systems, but their hard work only makes their releases seem so much better.

As DRM becomes more invasive and we’re starting to see our worst fears come to life, it’s the fact that GOG is pushing such a pro-consumer storefront as competition to Steam that makes me optimistic about where gaming is headed, and I only hope this documentary helps expand GOG’s clout.